You Can Buy AirPods Max on Amazon Canada with Delivery by Dec. 29 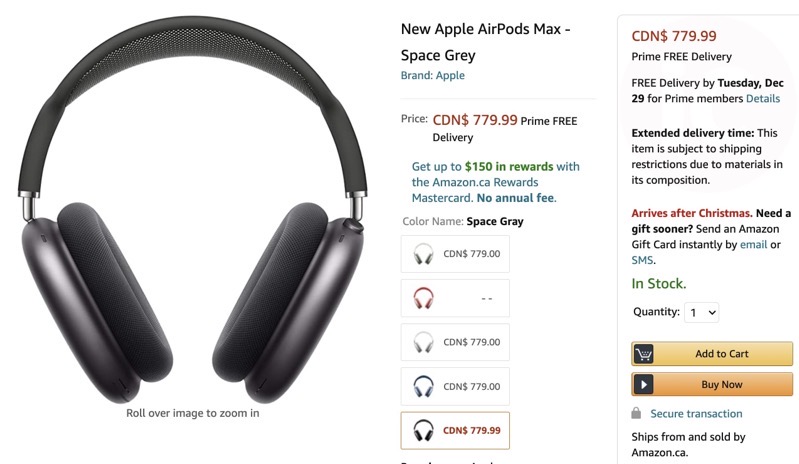 If you have Amazon gift cards or a balance, now might be the time to blow it all on Apple’s AirPods Max, which are now available for purchase on Amazon.ca.

As of writing, all colours of AirPods Max are available (except for pink) at $779.99, shipped by Amazon and set to deliver as early as December 29 via Prime.

Apple started officially selling on Amazon.ca back in the fall. AirPods Pro are on sale for $263 on Amazon right now, but this Staples deal takes them down to $249.

In our review of AirPods Max, we enjoyed these headphones and their build quality, but it sucks not to have spatial audio support for Apple TV 4K.