You Can Buy An “iPhone 5” Case Right Now

Today M.I.C Gadget has posted a follow-up on a recent story about iPhone 5 cases showing up all over China. The earlier report basically showcased a handful of colorful “iPhone 5″cases that were available in China.

What this meant was that manufacturers were confident enough in the final design of the iPhone 5 that they went ahead of produced thousands of these cases. The new report from M.I.C Gadget now showcases an updated gallery with many new styles and colors of cases, all for the yet unreleased next-generation iPhone.

The cases are available on Alibaba.com and various markets in China, so if you wanted to you could go ahead and buy one right now! 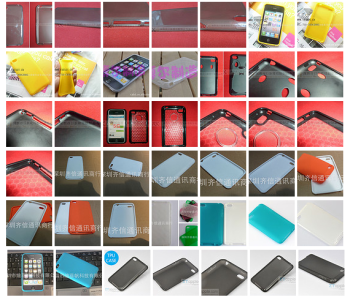 As seen in the photos, the cases continue to support recent rumors of the next-generation iPhone featuring a wider display, tapered edges and the mute button being moved to the right side of the device instead of the current left side on the iPhone 4.

What really blows me away is just how thin these cases are, as they look like they are designed more for an iPod touch than an iPhone. Check out the photo gallery here!