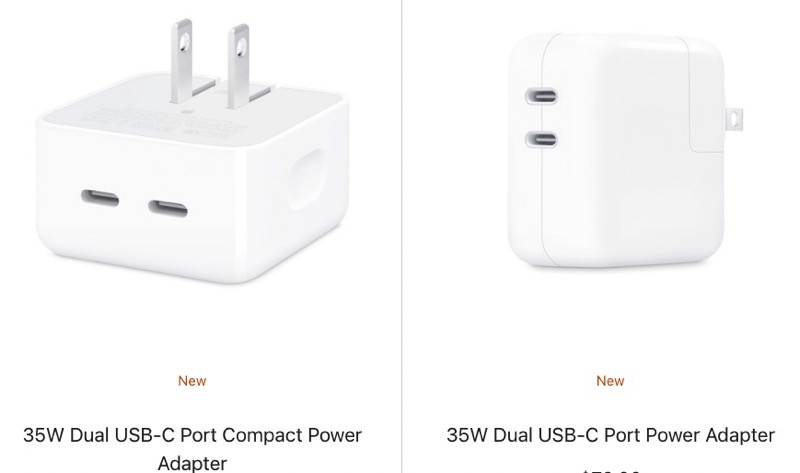 “The 35W Dual USB-C Port Compact Power Adapter allows you to charge two devices at the same time, whether you’re at home, in the office or on the go. The compact size and folding pins make it easy to pack and store. Apple recommends using it with MacBook Air. You can also use it with iPhone, iPad, Apple Watch and AirPods,” explains Apple.

As for the 35W Dual USB-C Port Power Adapter, it has a removable plug to make it compatible with the World Travel Adapter Kit sold separately.

Of course, a charging cable is sold separately for each of these AC adapters, despite the $79 price tag. Both are showing they can deliver by next week and also for in-store pick up at an Apple Store.

A third-party alternative such as this 40W dual USB-C AC adapter from Anker is priced cheaper at $47.99 on Amazon.