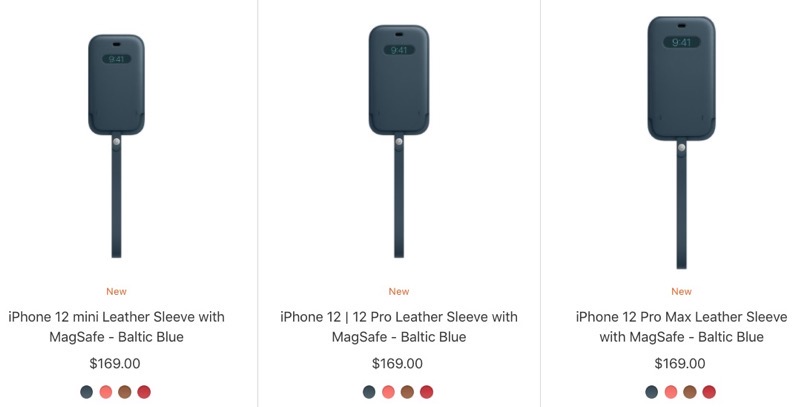 Apple has launched sales of Leather Sleeve with MagSafe for iPhone 12/12 Pro, iPhone 12 mini and iPhone 12 Pro Max, priced at $169 in Canada.

“Enjoy the look and feel of your iPhone while still getting the protection you want with the iPhone Leather Sleeve with MagSafe,” explains Apple’s website.

“Made from specially tanned and finished French leather, the outside feels soft to the touch and develops a natural patina over time. The sleeve fits snugly round the curves of your iPhone and protects it from scratches and drops, without adding bulk. Inside, there’s a pocket for your credit card or driving licence, and it comes with a matching strap so you can keep it close to hand, wherever you go,” details Apple.ca.

This case allows you to charge it easily with your MagSafe charger. At $169 in Canada, this Leather Sleeve for iPhone 12 is not cheap at all.