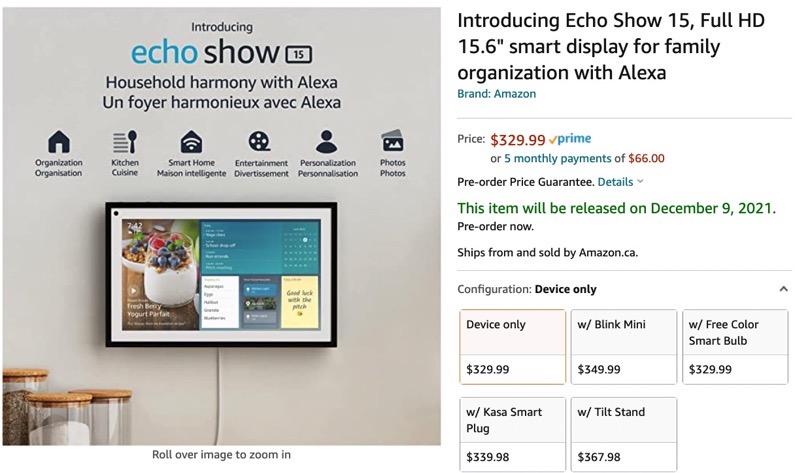 Back in late September, Amazon announced its new Echo Show 15 smart display, which can now hang on your wall in the home. As of yesterday, you can now pre-order the Echo Show 15 in Canada, explained the company in an email to iPhone in Canada.

The Echo Show 15 is available for pre-order at $329.99 and right now includes a free Sengled smart bulb, worth $22. The smart display has a 15.6-inch full HD (1080p) display and allows users to control their smart home, stream media, listen to music, check camera feeds, view photos and more.