BlueStacks, a company that released a beta version of its “App Player” for Windows a few months back that allows users to run Android apps directly on their Windows PCs, has now released a public alpha version of its Android App Player for OS X today at Google I/O, reports MacRumors (via Engadget). The software is ipowered by its Layercake technology and includes a bundle of apps from its various partners. Mac OS X users can grab the alpha version of App Player as a free download from the BlueStacks website. 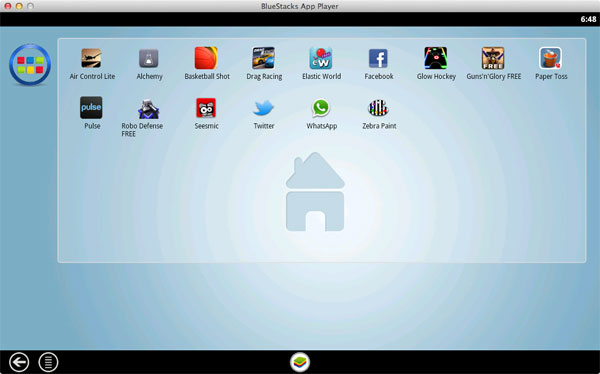 Their support page claims that “in the very near future”, they plan on opening the Mac version up to over 400,000 Android apps:

The BlueStacks App Player for Mac OSX (alpha) supports both Lion and Snow Leopard. You can test drive a fixed set of curated apps for the first release (alpha-1). In the very near future, BlueStacks will let you select from over 400,000 Android apps to play on your Mac.