Your Purported ‘iPhone 5S’ Assembly Line Picture of the Day 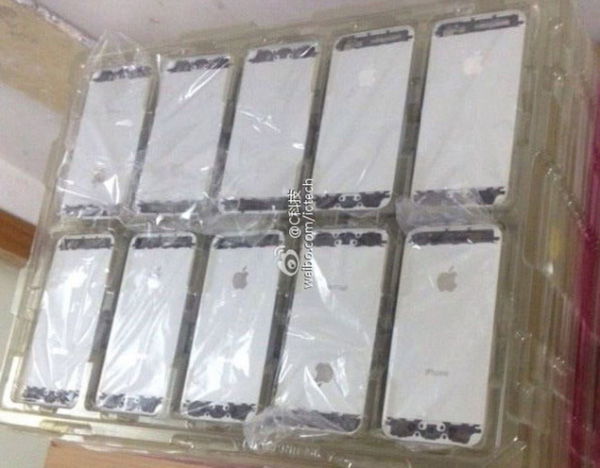 Apple is ramping up production of the iPhone 5S, and the rumour mill has been spilling a tremendous amount of juicy information lately. Just consider the recent 4.3-inch iPhone 5S rumours, or today’s top image of a purported iPhone 5S on the assembly line (see above).

Considering the rumoured external design similarities between the iPhone 5 and the forthcoming iPhone 5S, it’s hard to tell whether the image is genuine or not.

The leaked photos are “coming right from the source, probably from a Foxconn factory in China,” and were posted on Weibo a few days ago. The same source has also heard that the iPhone 5S will feature the biggest hardware upgrade ever: 4-inch IGZO display, an A6 chip with improved quad-core SGX 554MP4, improved LTE (maybe LTE-A?), a fingerprint sensor, a 12MP rear camera and most interesting of all: an NFC chip.

The rumour also suggests that Apple could skip the S factor this year and jump directly to 6, alongside the lower-cost iPhone. Interesting.

Apple is urging suppliers to make sure that all shipments from Taiwan to China follow Chinese customs regulations to avoid processing delays at the border — reports Nikkei Asia. As political tensions between China and Taiwan continue to rise, the former has started strictly enforcing a long-standing rule that requires Taiwan-made imports to be labelled...
Nehal Malik
15 hours ago

Amazon announced on Friday it has entered into a merger agreement to acquire robot vacuum maker, iRobot, in a $1.7 billion all-cash deal. “We know that saving time matters, and chores take precious time that can be better spent doing something that customers love,” said Dave Limp, SVP of Amazon Devices, in a statement. “Over...
Gary Ng
16 hours ago