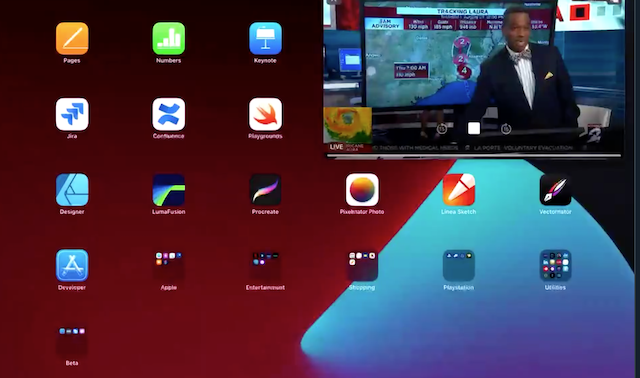 According to a video clip shared by developer Daniel Yount on Twitter, Google appears to be testing the picture in picture (PiP) feature on its YouTube app for iPadOS.

Picture in Picture working on iPadOS with the YouTube app.

(But only worked with this live stream, there must be some codec trickery happening behind the scenes for certain playback scenarios). pic.twitter.com/75vG7Ai4ln

The developer, however, notes the feature only seemed to work with a particular live stream. “There must be some codec trickery happening behind the scenes for certain playback scenarios,” he says.

With PiP on the iPad, you can start playing a video and then close the app to continue watching it in a smaller window. The video floats over the iOS home screen or any other app you are using.

While many apps support PiP on iPad, the YouTube app does not yet officially support it. Apple is also bringing PiP support to iPhone with iOS 14.

WhatsApp is finally rolling out the ability for users to leave group chats silently without notifying all members of the group that they are no longer part of the conversation. When you leave a WhatsApp group silently, only the group admin will be notified that you have left the chat. Meet leave groups silently 👋...
Usman Qureshi
10 hours ago