YouTube has jumped into the live streaming game, as it announced yesterday the feature will finally arrive seamlessly integrated into its iOS and Android apps:

YouTube mobile live streaming will be baked right into the core YouTube mobile app. You won’t need to open anything else, just hit the big red capture button right there in the corner, take or select a photo to use as a thumbnail, and you can broadcast live to your fans and chat in near real time. 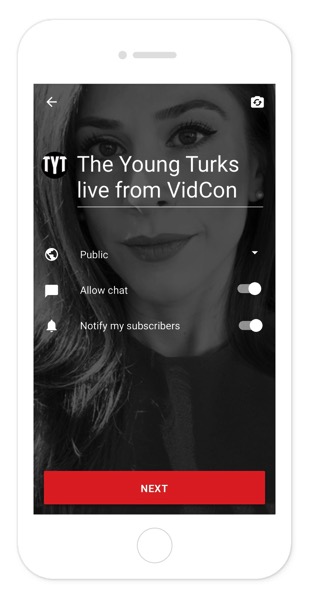 Those looking to live stream will be able to make them public or private, plus also notify subscribers you’re set to go live, and of course, the ability to chat live with viewers.

The feature is launching for a select few at VidCon, to show off the feature. It will surely compete against Twitter’s Periscope and Facebook Live Video, providing yet another live option for creators and those with something interesting to share live. 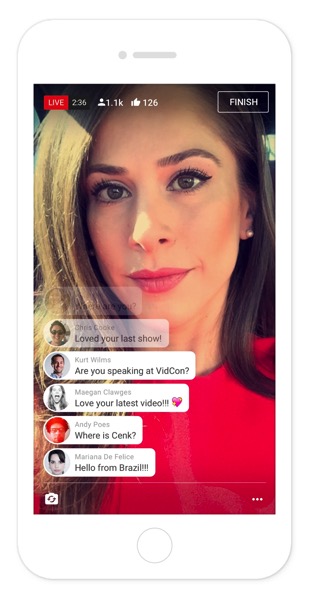 YouTube says “We think this will offer you an entirely new, more intimate and spontaneous way to share your experiences with your communities.”

The company has live streamed since 2011, citing the example of the Royal Wedding, while also noting “one-sixth of the Internet” watched Felix Baumgartner jump from space live in 2012 (that still blows my mind).

When can you start live streaming on YouTube for iOS? Google says they “will be rolling it out more widely soon.” We’re guessing it’ll go live shortly after VidCon is over and the new feature is tested widely at the event by YouTube’s premier creators.