Distracted driving tickets in the Yukon just got more expensive, as fines were doubled from $250 to $500, according to a government change this week.

On Tuesday, the Motor Vehicles Regulations and the Summary Convictions Regulations were amended by the government to increase fines for distracted driving and speeding offences, reports the Whitehorse Daily Star.

The government said fines were increased to the maximum allowed under the current Motor Vehicles Act (MVA), to deter dangerous driving in the territory. The changes were part of a unanimous motion which passed last spring, which supported higher fines for distracted driving, which came into effect on May 15th. The new $500 fine still includes three demerit points.

Highways and Public Works Minister Richard Mostyn said in a statement “We are acting to deter unsafe driving by increasing fines for distracted driving and speeding. Updating the Motor Vehicles Act will be a long and complex project and these immediate changes shouldn’t wait. These amendments will help keep Yukoners and visitors safe.”

Below is a summary of recent amendments to the MVA that went live on Tuesday: 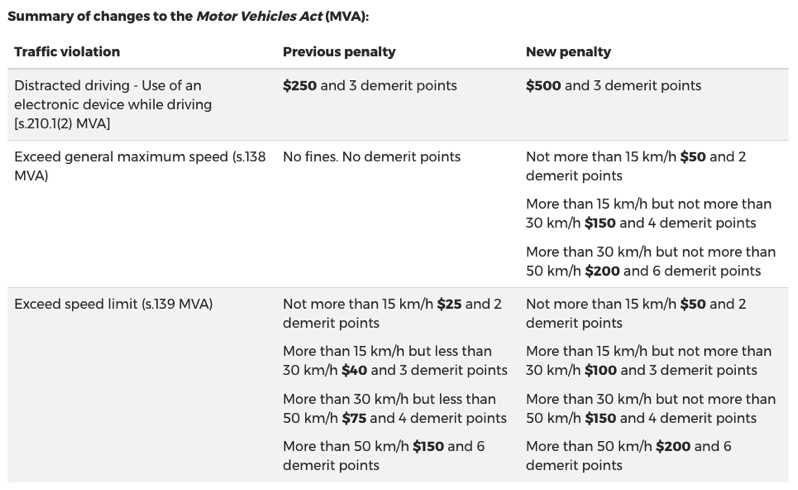 The territory says there are roughly 1,000 speeding tickets issued annually, while their existing fatal crash rate is double the Canadian average.