ZAGG has launched a 20% off site-wide sale to help kick off CES 2015. Customers can save from January 6-9 by using the following promo code during checkout: 20OFFSITE. 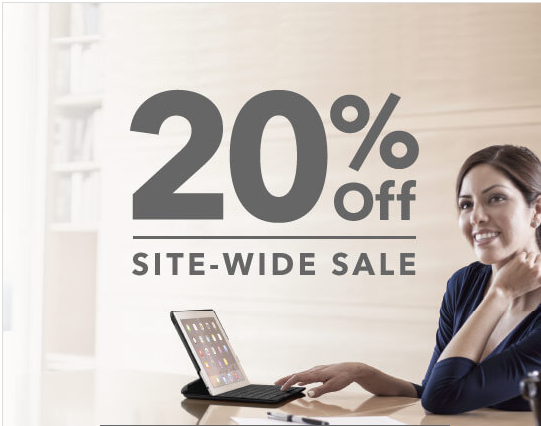 If you were about to buy a ZAGG Bluetooth keyboard, invisibleSHIELD, iPhone case, or other accessories, now is your chance to save on everything available (limited to 3 purchases per customer).

ZAGG launched a new Speaker Case protective case and speaker for the iPhone, plus a new foldable, wireless Bluetooth keyboard for the iPhone 6 called Pocket. Both are not yet available, but were selected as CES 2015 Innovation Honorees.

Click here to visit ZAGG.com while the 20% off site-wide sale is still available.