Zoom is expanding to a variety of new devices later this year, with the company announcing that the Amazon Echo Show, Facebook Portal, and Google Nest Hub Max will support the widely used videoconferencing app later this year. 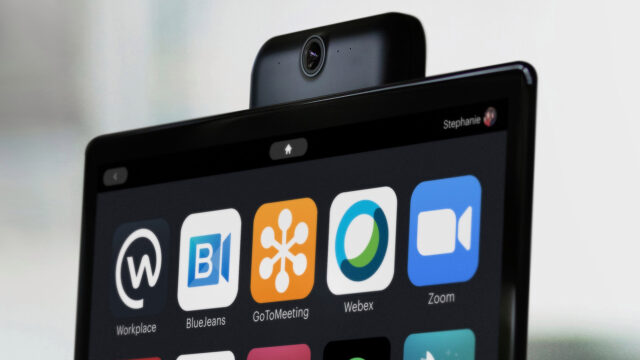 “We’re excited to bring Zoom to these popular devices,” said Oded Gal, Chief Product Officer at Zoom. “It’s more apparent than ever that people are looking for easy-to-use displays for their video communications needs, both professionally and personally.”

Google and Facebook typically only host their own apps on their smart-display products. Google Nest users can only make calls with Meet and Duo, and Facebook Portal customers only have access to Messenger and WhatsApp. But for the first time, Google and Facebook are introducing their first non-native video-call app — Zoom for Home.

“Together, Portal and Zoom create an immersive calling experience that can go from powering your workday to connecting you with family and friends, with one dedicated device,” said Micah Collins, Director of Portal Product Management at Facebook. “Portal’s big screen frees up your laptop so you can stay productive, while the AI-powered Smart Camera makes work and personal communication effortless by always keeping you in the frame.”

Amazon is no stranger to non-native apps (Echo Show got Skype calls two years ago), but the retail giant is also tapping into the Zoom craze for its smart displays. It’s a win-win for both sides: Zoom can grab a bigger bite of the video-call market with its expansion to other smart displays, and the big trio will attract Zoom fans who will splurge their products.

“It’s more important than ever to offer features like these to help people stay connected with their friends, family, and co-workers,” said Brian Oliver, Director of Alexa Communication. “We look forward to the launch of Zoom on Echo Show and to bringing another great video calling option to Alexa customers.”

Video-conferencing apps have seen major upticks in usage due to more people working from home as a result of the coronavirus pandemic. Zoom’s mobile app had 173 million monthly active users in May, up from a mere 14 million in March, according to app-analytics company Apptopia. Webex had more than 500 million users who generated 25 billion meeting minutes in April, triple the volume in February, Cisco CEO Chuck Robbins told analysts during the company’s quarterly earnings call in May.