Many iPhone apps allow you to take a photo, edit it, add props to it and just make it look fun and different in general. Today I have an application called “iHead” that essentially works the same as those other photo editing apps but photos edited with iHead become animated!

When you start the app, you have a choice to make a new animation or load an existing animation. If you are just starting a new project, you would choose to “Create Animation”. The “Load Animation” will load an existing project that you may have already completed and saved. 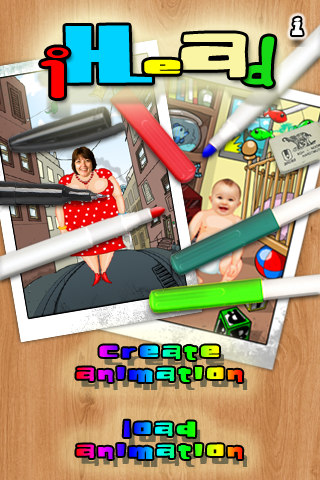 In the next screen, you will choose from one of seven characters that you will use for your photo. Once you choose your character, you can get a photo from your Camera Roll, Photo Albums or take a new photo using the Camera. From here, the app provides a very easy to use interface where you line up the persons face in your photo with the outlined figure in the app. You can pinch to zoom/out and also rotate the photo to find a perfect fit, which was so easy to use and such a great feature. 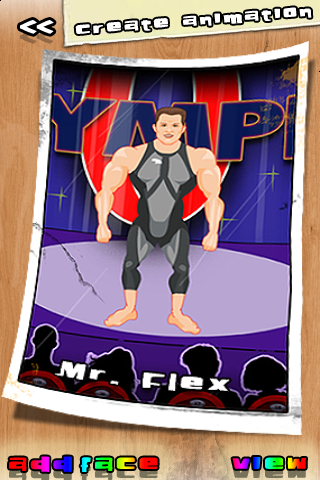 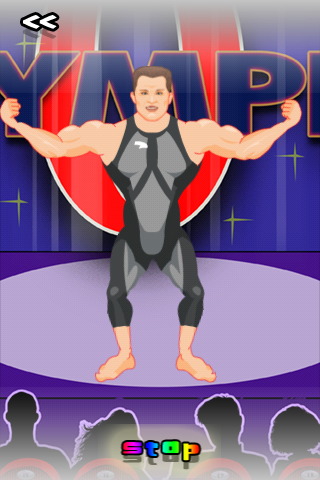 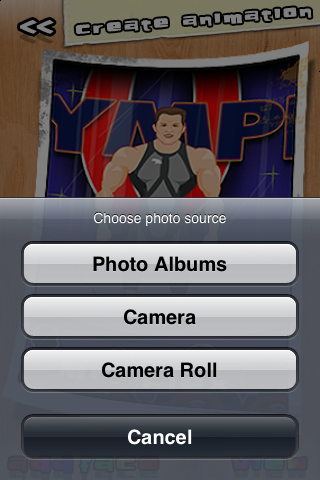 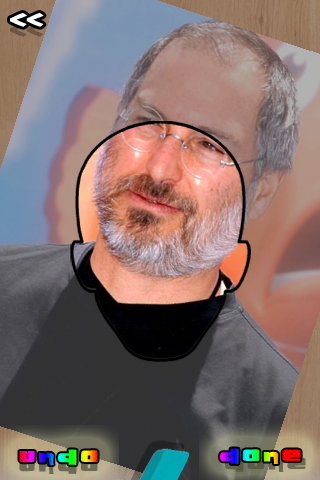 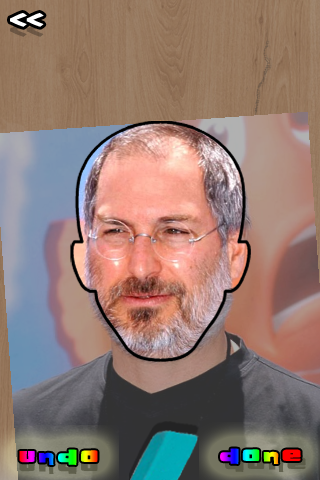 When you view your new masterpiece, you will have your chosen animated character, its associated background and the face of the character will be who ever you chose to edit from the photo. Aside from moving, the animations also include sound, which I thought was a nice touch. To make further edits, you can always go back to the edit screen and once you save the project, it is viewable through the “Load Animation” menu option at the start of the app.

You can check out a brief demo video here. 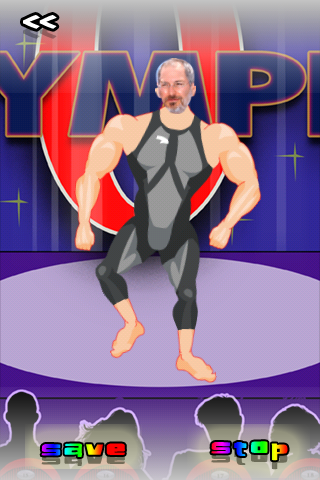 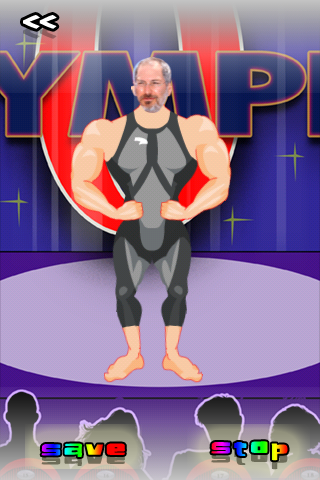 The only missing feature seems to be the lack of being able to share your project, whether through a photo or the full animation by E-Mail or some other media. You could take a photo like did, using the sleep/wake and home button screen shot tool, but having something integrated in the app would make the app much more interactive and social.

Usually these types of wacky photo editing apps are all similar, but iHead really stood out for me with the animations. The app is very easy to use and the editing options are very well done. A definite strength of the app is being able to rotate your photo (as well as pinch to zoom) so to find the perfect fit. Lastly, as updates are released, more characters will be added to the app which will further make photos even more funny.

iHead is available in the iTunes App Store for $0.99.

You can also check out the Lite version, which only has two characters instead of seven as in the full version.