With Fall upon us and Winter coming up soon, that cold and damp Canadian weather is coming in swiftly. In these cold times, Canadians can turn to the App Store to find some warmth. How? By checking out Photo Beach!

Photo Beach by Down To Moon SLNE

Photo Beach for iPhone (also for iPod Touch) is all about warm beaches, great photos, and sand!

Photo Beach turns your new or existing photos and iPod album covers into sand that is fully interactive. More specifically, album art, any saved photo in the camera roll or photo album, and any newly taken photo (iPhone only) can be used with Photo Beach.

How it works is Photo Beach takes your photos and using an advanced particles physics and image processing engine turns your photo into granules of sand. The app also allows the user to edit the image before getting into the sand-conversion. Editing tools consist of pinching to zoom, rotation and one-finger drag to position your photo where you want.

Each photo session has the choice of 10 different styles of sand: 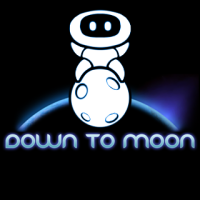 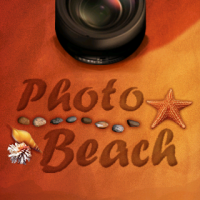 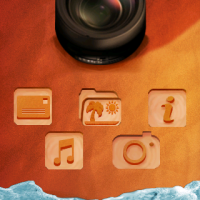 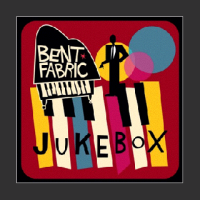 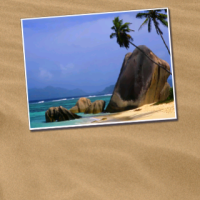 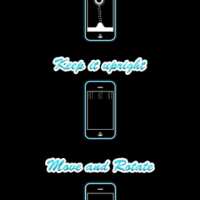 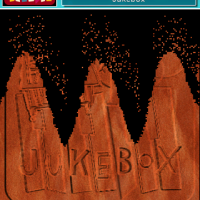 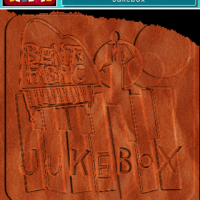 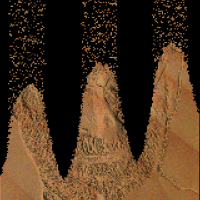 While the sand visuals are a lot of fun and the final picture result is really neat, the app had no sound to accompany it! I was looking forward to hearing some realistic sand falling sounds (and having an on/off toggle if the feature was present) but no sound was to be found.

However, the app does allow in-app iPod use which was nice as users can use their own tunes while editing photos. Also, if you choose album art as the photo to be turned into sand, the song of the album art chosen plays during the sand building session, with its own media scrubber along the top of the screen. It’s pretty neat.

When the chosen image is ready, the user will hold the iPhone vertically or tilt it sideways and sand will begin to fall from the top of the screen and slowly piece the image together. You can also tap on the screen to enable small amounts of sand to fall from where you touched the screen.

The entire photo process, from image selection to editing to sand controls, is very quick. The interface is very simple since the majority of the app revolves entirely around the user tilting their iPhone (or iPod Touch) to have the sand fall and build their image.

The only thing that was not so stellar was a lack of menu titles. For example, there will be an icon of an envelope indicating “email” instead of just using the word “email” with the icon. It’s a small issue, but it would have been nice to have small titles under the menu icons.

A Good App for the Price

Overall, Photo Beach delivers a fun application for photo editing with lots of Beach style choices. The controls and navigation are mostly simple but menu icons would benefit from small titles indicating exactly what they are. The sand effect in the app is very neat and is sure to draw interest but during the edit process, the app does not include any sounds when the sand is building the picture, which while not necessary, would have been a nice touch.

Photo Beach is available on the iTunes App Store for $0.99.

There is also a Lite version available for free but the app is limited to six preloaded pictures and images cannot be added from the photo library or camera.

You can check out a video of Photo Beach in action here.