One of the new features that came with the iPhone 3GS was Voice Control. This feature allows the user to control their iPhone 3GS by simply using voice commands such a “Call”, “Dial” or “Play more like this”. As functional as the feature is, iPhone 3G and iPhone 2G users were left out in the cold. Well the iPhone app Vocalia seeks to change that!

If you have used an iPhone 3GS and the Voice Control feature, then Vocalia will be a very familiar experience. However, Vocalia delivers a different interface and many customization options for you to use.

The function of Vocalia is voice recognition. The app allows you to use your voice to control your iPhone 2G/3G (or iPhone 3GS if you want). With your voice, you can ask the app to play songs from your iPod, open bookmarks in Safari, or search for contacts in your address book. Each of these commands are accessed from three different modes in the app; Contacts, iPod, Bookmarks.

In order to use commands for a specific function, for example to play a song, you have to have the ‘iPod’ mode of the app selected. You may also switch between modes using your voice and if you need any help with commands, the app can display on any screen some of the various voice commands you can use.

Aside from the in-app help function that details various commands, a table of additional voice commands is available here. 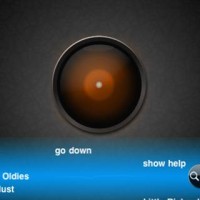 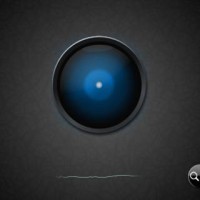 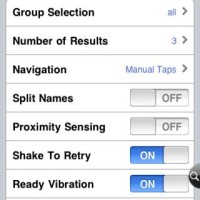 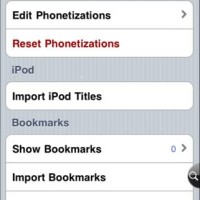 Once you say a command, Vocalia will present you with a list of results as per what you commanded. This is a big difference between the iPhone 3GS Voice Control app and the Vocalia app.

With Voice Control, saying a command begins that command. For example, asking Voice Control to play a song will result in your iPod actually playing the song. With Vocalia, your command does not result in the action occurring but a list of results in which you choose what to do. For example, if you said to play a song, Vocalia would list the song names close to what you said and you would then have to tap on that song to play it.

Some of the included customization functions in Vocalia include splitting first and last names of contacts, activating a vibration to know when to begin speaking, proximity control to activate Vocalia when you move the iPhone to your face, the ability for the app to understand English, French, or German and defining vocal shortcuts for a contact name, for example saying “My best friend” instead of “Mike”.

I really like that Vocalia provides much flexibility in terms of customization, as this is not present with the Voice Control on the iPhone 3GS. These options give you a lot more control over the app and can result in more accurate voice commands.

I am happy to see that apps such as Vocalia are bringing voice control functionality to iPhone 2G/3G users, which gives hesitant owners another reason not to upgrade to the iPhone 3GS just yet. When compared to Voice Control on the iPhone 3GS, Vocalia has a similar great interface, easy to use navigation, and approximately the same accuracy.

However in my comparisons between the two voice recognition apps, I liked that Voice Control on the iPhone 3GS actually begins your command after it is said (the song plays) as opposed to with Vocalia where you have to say the command, then choose the song physically and then the song begins to play.

You can pick up Vocalia in the iTunes App Store for $3.99