Just the other day we reported about iTunes Canada sporting a section dedicated to Great Canadian Apps. Finding apps can be difficult but if you’re looking to expand your app library, be sure to check out App of the Day.

Created by Jordan Satok, this Toronto-based teenage entrepreneur has a new feature to his site–App Store Instant. This feature is similar to Google Instant web searches–but for iPhone apps. We first heard of the new feature when weÂ retweeted a link from @yurechko.

It’s a pretty neat way to navigate through the entire 200,000+ library of the App Store. Give it a try! 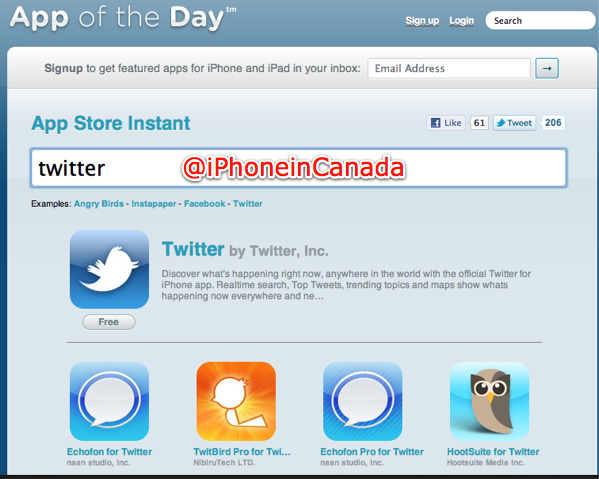