With summer 2010 coming up real soon, there is a lot to look forward to! But it is not all tech related as summer usually means beaches and beaches means fun times! So which beach to visit?

Beach Finder does exactly what its name implies; it finds beaches!

The app includes over 5,300 beaches across North America which essentially makes the app a fantastic resource for locating both existing and new beaches that users may have been unaware of. Each of the beaches in the app can be searched for in a variety of ways.

The first, and easiest search method, is to let the app use your location and find beaches near you (Internet or WiFi required). Users can set search distances and the app will show all of the available beaches near you within the specified distance. The beaches show up as pins on a map (Google) that users can further zoom into using finger gestures. Users can further locate beaches by using City, Town, or Address search parameters. 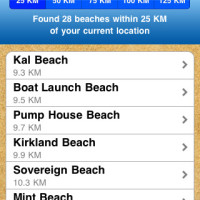 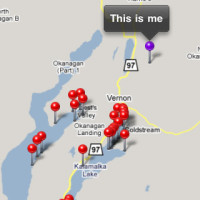 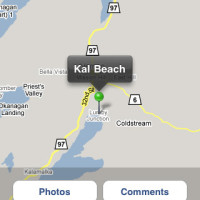 The pins of the available beaches on the map also allow users to get directions to the specific beach or view pictures of the location, however not all of the beaches have pictures available yet.

While there are alternatives methods to locating beaches, this app is a nice comprehensive collection of beaches that further include photos of some of the available locations. The ideal use for the app is locating a beach in a town that you are not familiar with, as the majority of users would be (hopefully) aware of beaches in their home town. However the app is great for locating home town beaches too!

Beach Finder is available in the App Store for $0.99. The developer has further indicated that a new version will include more beaches and the ability to suggest new beaches, the latter point being great functionality to include!