Belkin BOOST UP Wireless Charging Pad Review: Made for iPhone X, iPhone 8/8 Plus

Here’s our quick take of the Belkin Boost Up wireless charging pad, which originally was priced at $69 CAD, but eventually quietly jumped $10 in price to $79. Belkin says they “worked closely with Apple to engineer an efficient and high-speed charging pad for iPhone X, iPhone 8 Plus, and iPhone 8.” 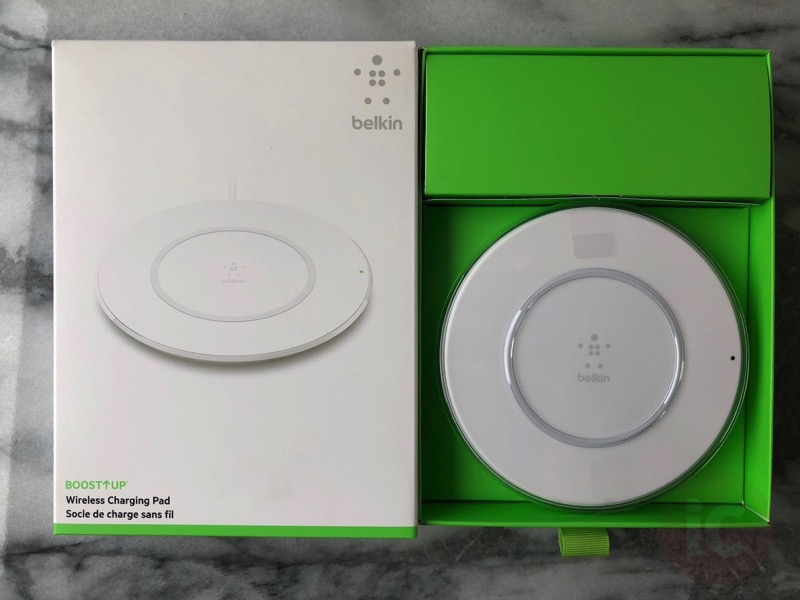 To start, the Belkin Boost Up comes in a matte white design on top and is powered by an AC adapter plug, which is removable from the charging unit. On top of the charger is a rubber ring, intended to keep your iPhone from sliding off. There’s also a small green LED on the side which lights up to indicate your iPhone is charging.

The glossy bottom of the Boost Up has a circular rubber pad, intended to stop the charger from sliding off your bedside table. Overall, the charger itself is fairly lightweight at 110 grams, while measures 11.4cm in diameter and has a thickness of 2.5cm. 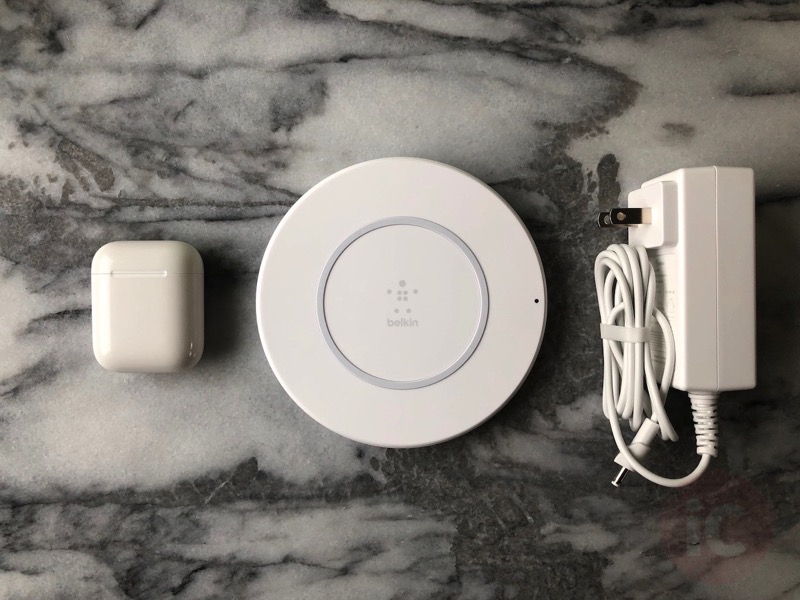 The Boost Up is capable of charging up to 7.5W and will do so through most lightweight cases on your iPhone. With iOS 11.2, Apple increased wireless charging speeds to support 7.5W, whereas before it was at 5W, same as the AC adapter that comes in your iPhone box.

So how exactly does the Boost Up perform in day to day wireless charging for an iPhone X? I found placement is quick tricky—you need to place your phone directly down in the centre for charging to take place. A naked iPhone X is also slippery on the Boost Up because of the glass back, which can be partly blamed on the rear camera bump. Belkin says this charger will work with cases up to 3mm thick. 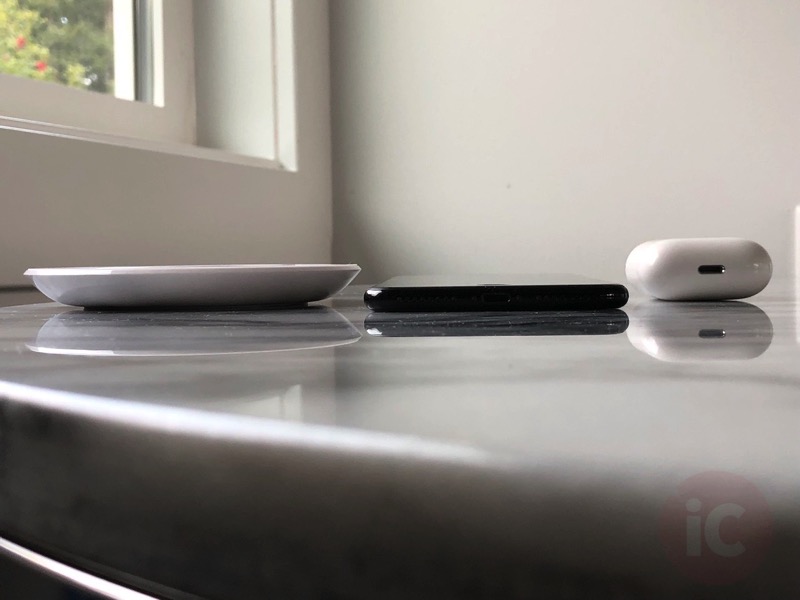 Charging also isn’t exactly the fastest, even at 7.5W (I’m used to charging with a 12W iPad charger). If you want to charge your iPhone faster, use an iPad charger or take advantage of Fast Charging via Apple’s 29W USB-C power adapter and a USB-C to Lightning cable (an expensive proposition).

Belkin says the Boost Up has an “intelligent wireless charging chipset” for overall performance efficiency, plus has a thermal protection sensor, along with an “enhanced foreign-object-detection circuit” for safer operation. 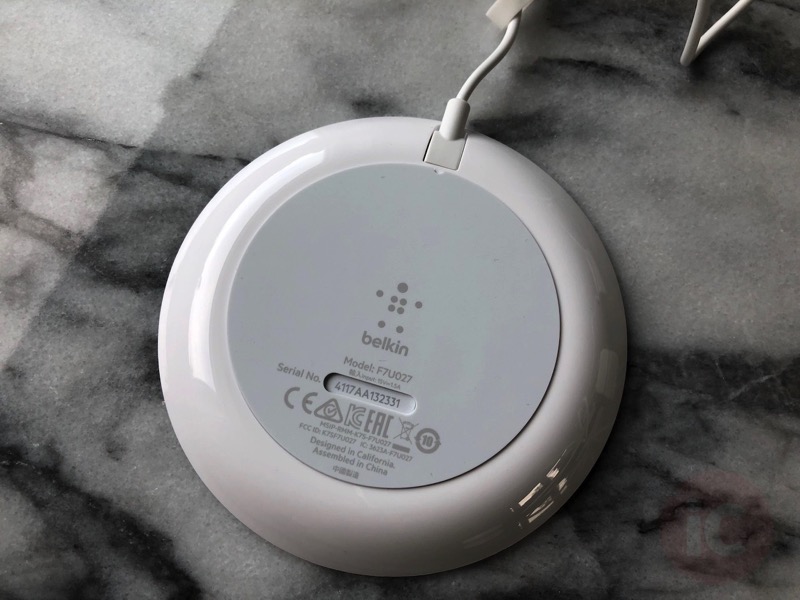 While charging performance was alright if you have this by your office desk for the occasional boost (see what we did there?), we still find ourselves charging with a cable at night in bed with a 12W iPad AC adapter (coupled with a 6-foot AmazonBasics Lightning cable), as our iPhone battery is usually around 20 per cent. Also, if you’re the type that dozes off with an iPhone occasionally dropping on your face (damn you YouTube), being charged via cable means you’ll still have a fully juiced up phone in the morning.

Also, centre placement of wireless charging means if you accidentally bump your device off centre, you could end up with phone in the morning that’s not fully charged. Plus the LED light is extra light at night when you’re trying to sleep. 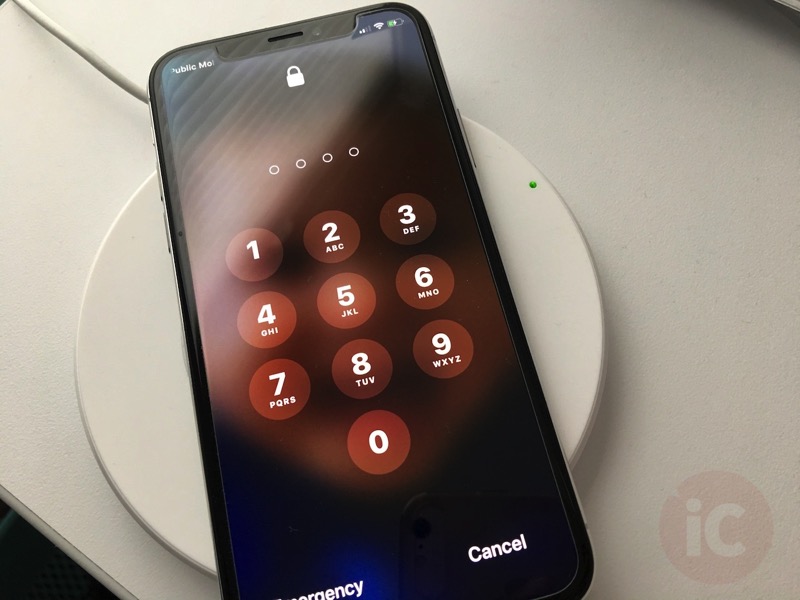 I’d like to see a Belkin Boost Up in a stand design, which would ensure easy centre placement of the phone for hitting the ‘sweet spot’.

When it comes to price, paying $79 CAD for a Qi charger for iPhone X or iPhone 8/8 Plus seems expensive, when Amazon.ca has a plethora of Qi wireless chargers starting at under $25.

But with Belkin’s Boost Up, you’re getting a charger that is made specifically for iPhone, so you can rest assured at night your expensive device can be charged safely, backed by a Connected Equipment Warranty, which says if a device is damaged by an electrical charge while connected to the charger, you can get up to $2500 in repair or replacement value. Belkin also offers up to 3 years of warranty for the charger if you register it online. With these factors in mind, you really need to consider the price to protect your premium device.

Overall, the Belkin Boost Up looks great and does what it intended to do, but it is seen as expensive when compared to other Qi wireless chargers out there, and also you do need to place your phone right in the centre to ensure it charges.

You can buy the Belkin Boost Up for $76.98 on Amazon.ca, which is a couple bucks cheaper than Apple.ca and Best Buy. Let us know in the comments what Qi charging pad you’re using with your iPhone X/8/8 Plus.