Belkin has launched PowerHouse today, a dock that will charge both your iPhone and Apple Watch at the same time. The dock has a built-in Lightning connector (that can adjust to fit iPhones in various cases) plus magnetic charger for your Apple Watch, making for a seamless charging solution. 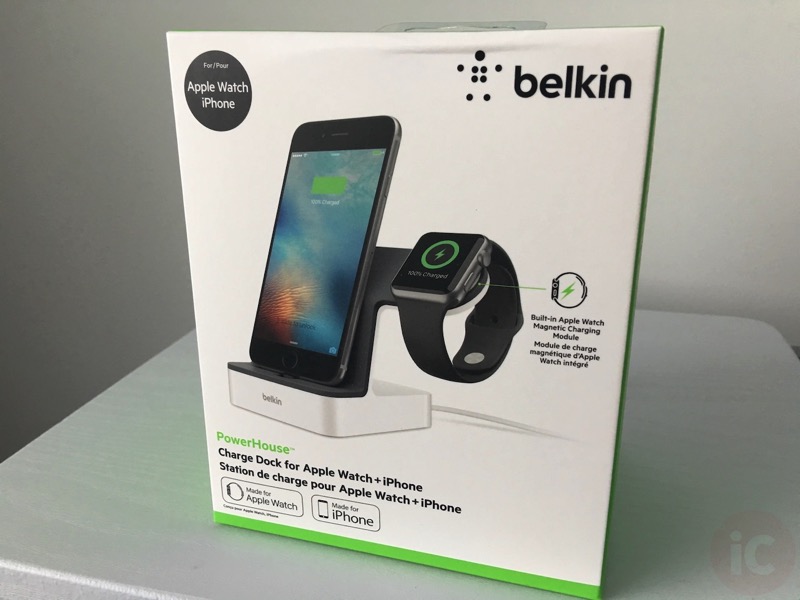 We’ve been using the PowerHouse for the past week to test, after Belkin sent us one for review, and we must say this could very well be the iPhone/Apple Watch dock to end all docks. 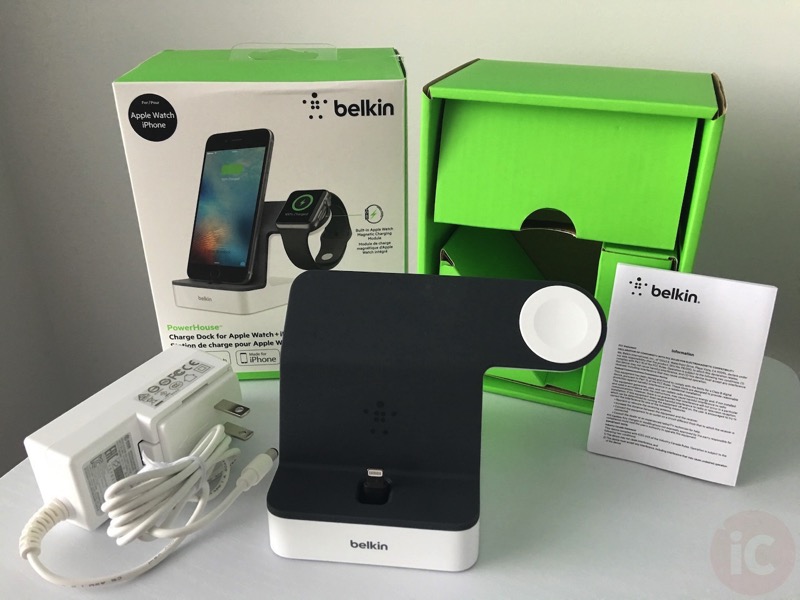 This 2-in-1 dock is a turn key solution right out of the box, as it comes included with a Lightning USB cable and Apple Watch magnetic cable built-in. To power and charge both of your devices, an included AC adapter is included to plug into an outlet.

The first thing after unboxing the PowerHouse was it’s well-built and very heavy for its size, which will ensure it doesn’t slide off your bed side table. The Lightning connector can move up or down, as the VersaCase Dial on the back allows you to adjust height to conform to any iPhone case. The connector also swings front to back to allow for flexibility when docking and undocking your phone. 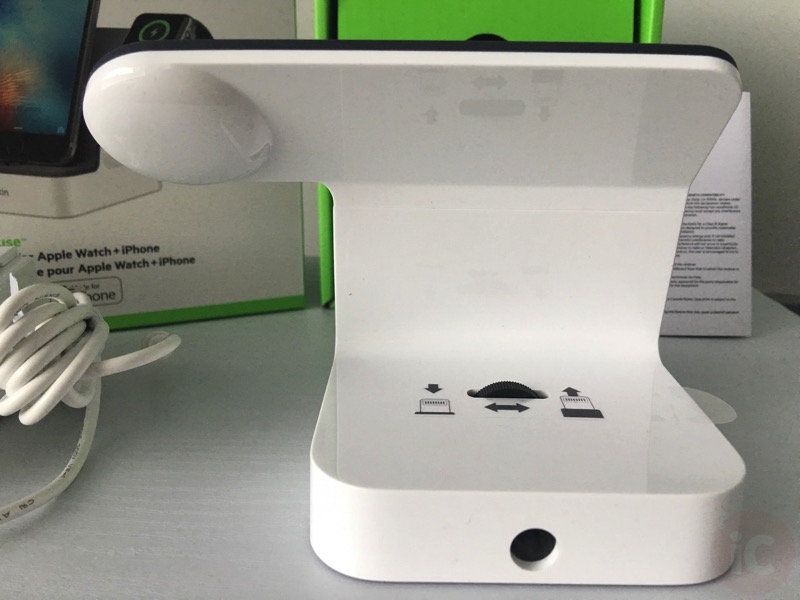 Images of the Lightning connector at its highest and lowest height settings: 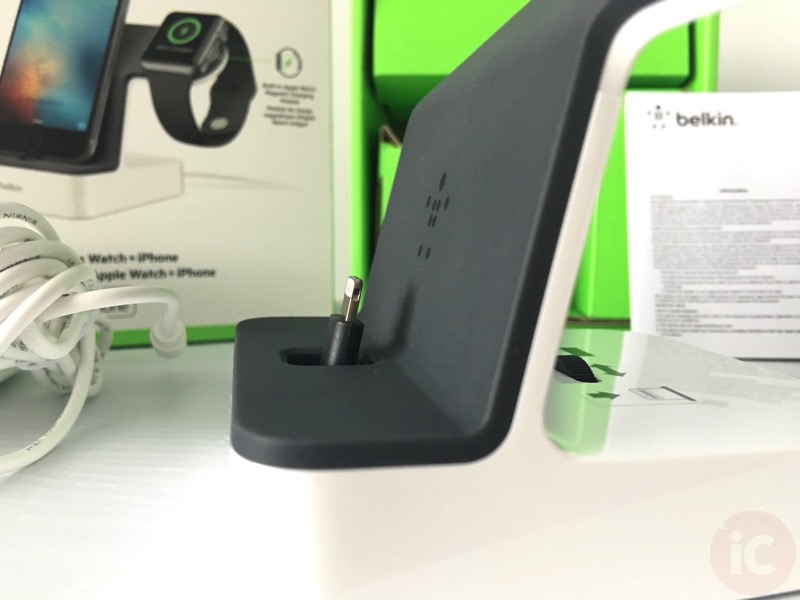 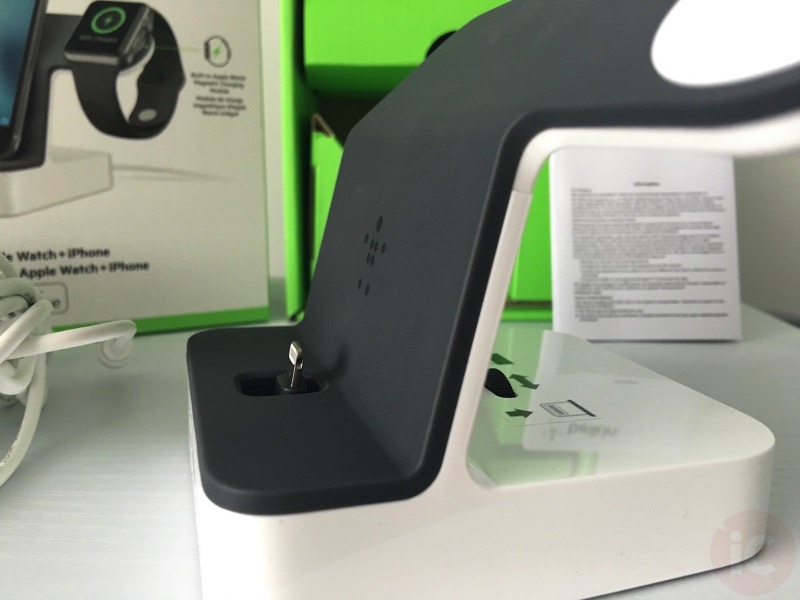 As for the Apple Watch dock, the magnetic module charges your watch immediately when placed down, just like the cable that came with your wearable.

The entire PowerHouse setup is MFi certified, so you can rest assured your devices will be charged with care. Total power output is 3.4A: 1A for Apple Watch and 2.4A for iPhone. 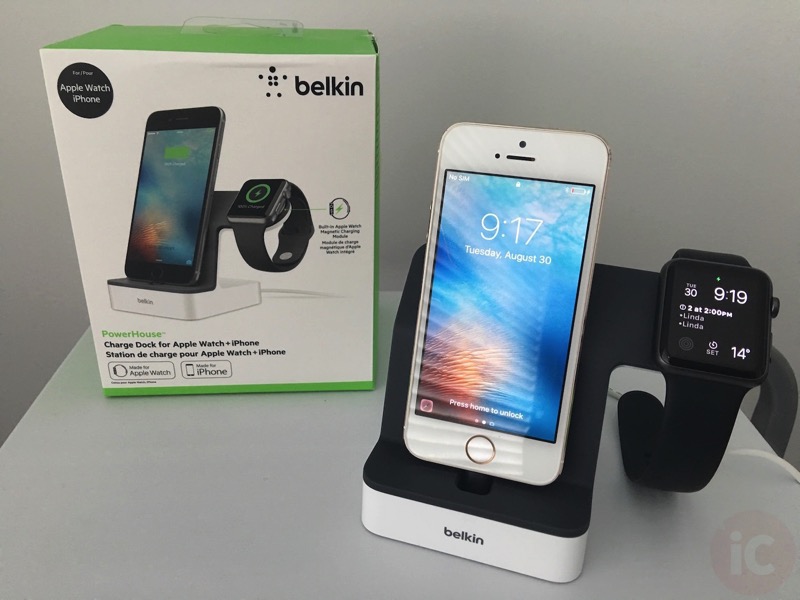 “Most people who have an Apple watch also have an iPhone, so a combined charging solution just makes sense,” said Melody Saffery, senior director of product management at Belkin, in a statement to iPhone in Canada. “The Powerhouse Charge Dock is designed with the consumer in mind – it organically integrates both chargers into its design so all you need to do is plug it in and go.”

Here’s an image of our iPhone 5s showing how far forward the Lightning connector can bend (it springs back to place): 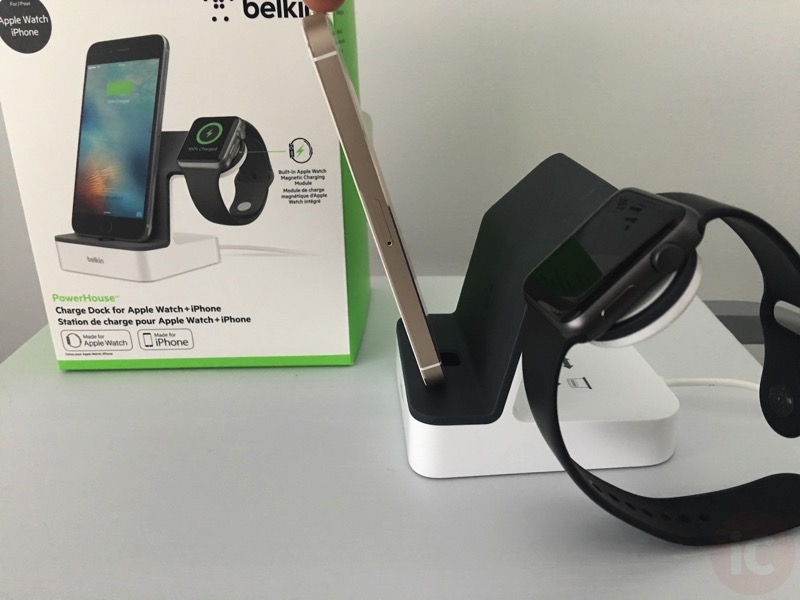 What we liked about the PowerHouse is its clean design, sturdiness and the built-in VersaCase Dial, which works quite well. Also, the footprint of the dock is just the right size so it won’t take over your bed side table. The design almost looks like it could come from Apple, as it’s simple and functional. It passed our one-handed iPhone dock and undock test from bed, as the dock is sturdy enough it doesn’t move around.

As for negatives, the included AC adapter’s cable is far too short. Those with power outlets far away from their night stand will need an extension cable. Not only is the cable too short, the charging block footprint is large, roughly the size of two iPad chargers. PowerHouse can also be seen as expensive in Canada, as due to our Canadian dollar, it’s priced at $129.99, versus $99 in the USA.

However, most decent iPhone and Apple Watch docks are at least $50+ each, so you need to consider the combo situation, plus the included MFi Lightning and MFA Apple Watch cable (at least $70 if you were to buy from Apple). With that in mind, the price is somewhat within reason, we would say.

There’s also a Valet combo dock from Belkin that’s exclusive to Apple Stores, but that costs $15 more and doesn’t seem as well built as the PowerHouse.

We’re pretty sure the PowerHouse is future proof, to support the upcoming ‘iPhone 7’ and refreshed Apple Watch, so this dock will last you quite some time. It’s available now from Best Buy or from Belkin’s website. Recommended (if you’re willing to shell out the big dollars).

Nowadays, it’s common for buyers to invest in a large display for their living room and entertainment centre. Thus, manufacturers like LG are continually catering and bringing larger, improved displays into the fold. The C2 continues that trend. However, many manufacturers are opting to go bigger, leaving the mid-range sizes in the dust. LG’s new...
Steve Vegvari
1 week ago 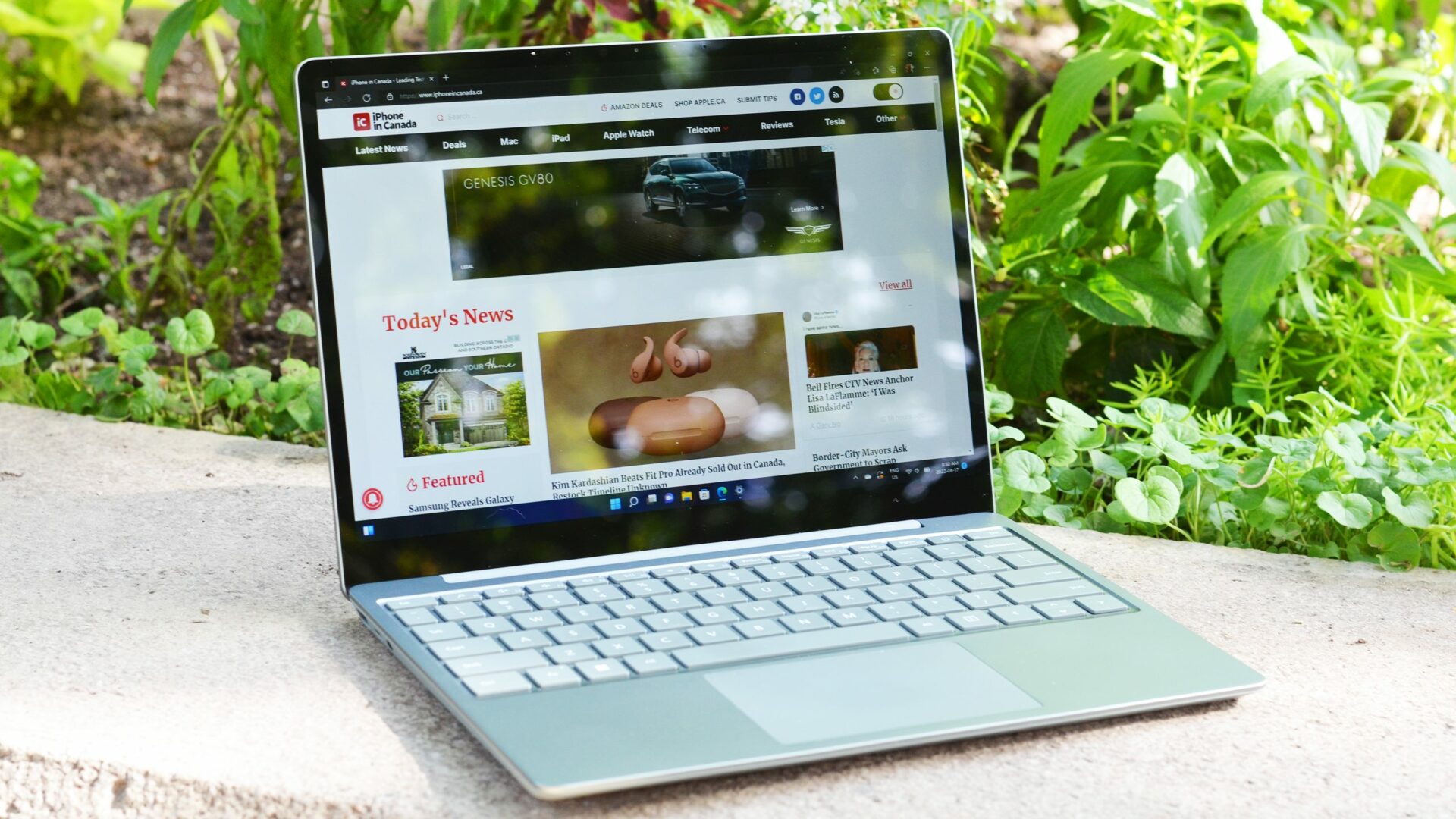 With the back-to-school season kicking off, many are wondering what the best laptops and notebooks are. Regardless if you’re a student or looking for a new device to use while on the go, the price and form factor likely plays a large role. For me, Microsoft’s Surface Laptop Go 2 has quickly become a favoured...
Steve Vegvari
3 weeks ago