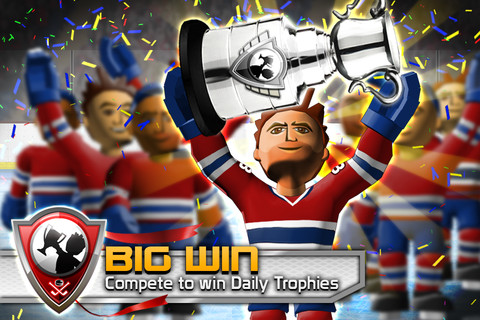 The NHL playoffs are in full swing so I thought it would be a good time to take a look at a hockey app for your iOS device.

It’s called Big Win Hockey and it’s free in the App Store. But this isn’t your typical hockey game. It’s more a card collecting hockey simulator. You’re the team’s GM and coach to some degree and you try to ice the best team possible.

You begin with a starter pack where you’ll get the players needed to put a team together, some booster cards and a uniform card. You name your team and can even customize the names and some info about each of your players.

When it’s time to hit the ice you can choose up to three power boost cards to give your team a better advantage of winning. 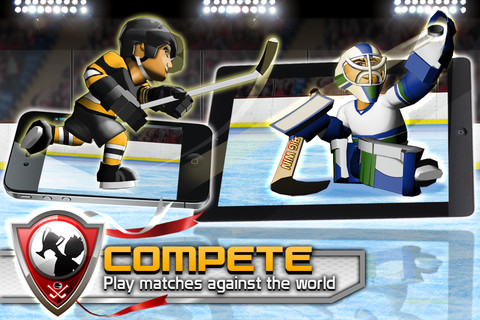 After each game depending if you win, lose or tie you’ll gain more fans which equals more coins. More fans also boosts your level. The virtual money can be used to buy more booster packs to improve your team.

Watch my video for a full review and demonstration of all the gameplay – including how you can earn free money to improve your team faster.

Again, Big Win Hockey is a free app, so if you’re a hockey fan you should give this one a try. If you are playing and ever face the Tiburons (spanish for Shark), you’ll know you’re playing against me. That’s actually a point I missed in the video. It sure would be nice if you could play against specific teams. That way you could compete against friends. Or how about trading cards with your friends. That would be cool too.

Let me know what you think of the game and who do you think is going to win the Stanley Cup? I cheer for the Montreal Canadiens, so I don’t really have a team to cheer for, but as I always say “anyone but Boston.”