Billiards on the iPhone with Killer Pool

One of the best features going for the iPhone is the ever-changing App Store. It’s always teeming with innovative applications, such as productive fart applications or realistic games. Today we’re going to check out one of my new favorite games, Killer Pool.

Created by Sauce Digital, Killer Pool is “the most realistic pool game on the iPhone” according to the developer. This is a strong statement but it’s definitely true after playing the game for the evening.

The best part about the game is the physics involved. The interface is incredibly realistic and intuitive and the in conjunction with the touch screen of the iPhone it just works. All you need to play the game is one finger to control the angles and your pool cue. You can use the “pinch” feature to zoom in and out in the game.

You can play a variety of games in either 1 player or 2 player mode, such as 8 ball or 9 ball. The sounds are very realistic and this game reminds me of my days playing Virtual Pool on my PC days when I was younger. One thing I immediately realized about my pool skills is that they are still non-existent! Yay!

If you’re a billiards fan, definitely consider Killer Pool. Price at $2.99, it’s a fair price given its smooth gameplay and graphics. Check out the following screenshots and video demo to see what I’m talking about! 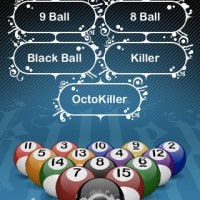 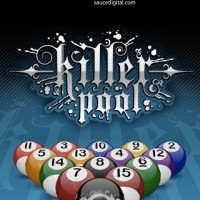 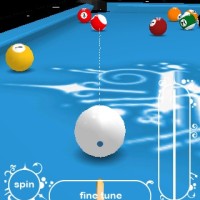