Do you toggle Bluetooth on or off numerous times throughout the day? If your iPhone is jailbroken, SBSettings takes care of that easily. In iOS 5.0.1, we were able to use the quick and easy shortcuts made by Jeff Broderick. That functionality was eventually removed by Apple in iOS 5.1.

Now, a new app called Bluetooth OnOff has hit the App Store and once again offers a nitty gritty shortcut to Bluetooth. With two taps, you’ll be able to access your settings for those on iOS 5.1. You can also use the app to chat with other phones that have Bluetooth enabled.

I just tested Bluetooth OnOff and it works exactly as described. The app is 99 cents in the App Store and has hit the top 25 category within days of its launch. Clearly there is a market for an app like this. 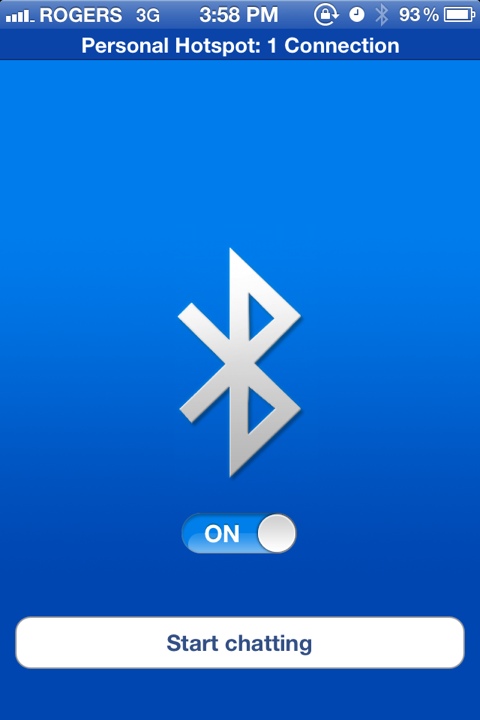 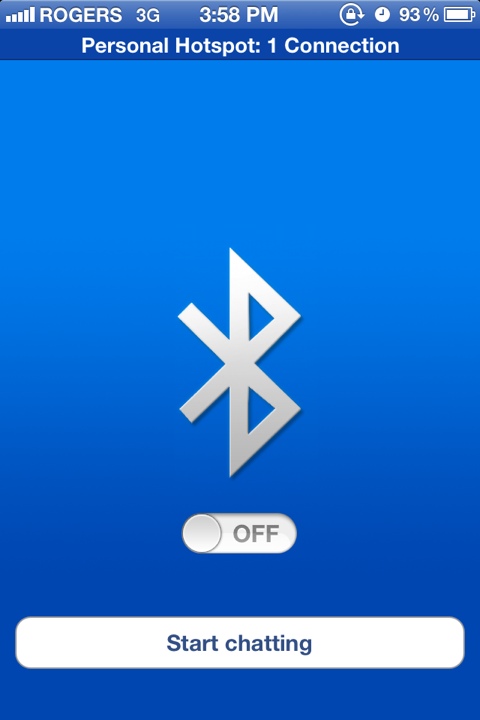 You know we love you guys so we managed to get some free promo codes for you from the developer. Enjoy them below:

Let me know what you think!