If you’ve ever played Firemint’s Flight Control and gotten bored after landing your one thousandth plane, try Imangi Studios’ Harbour Master for a buoyant alternative. Rather than landing planes on their designated air strips, Harbour Master does as it implies and allows to you master the art of docking ships in their respective harbours. 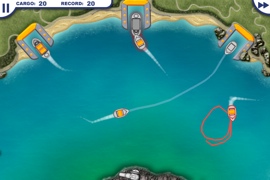 The gameplay is really simple as your objective is literally just to drag the ships to their harbours. The interesting part is that dragging from the ship creates a path for them to follow, and you have to make sure that you can navigate the ships about the body of water so that they don’t collide against each other on their way to the docks. This may sound simple at first, but trust me the water gets really crowded really fast.

Even if you get bored of the normal game mode, there are other maps available that throw sea monsters, cyclones, and enemy submarines at you that you’ll have to get rid of by tapping and shooting. It shakes the game up a little and adds a whole other level to the mayhem that takes place. 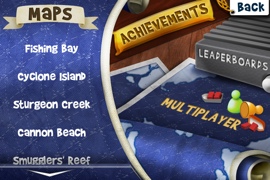 The addictive gameplay and the smooth graphics make for a great title well worth checking out. If you haven’t checked out Flight Control, give that a gander as well if you’re more the “high in the sky” type. Either way, you’ll lose a good chunk of your spare time being the navigator for hundreds of vessels.