Update 1: Looks like all the promo codes have been used.

Do you drive to the U.S. to get gas? The savings can be substantial if you live close to the border. We previously reviewed the app Gas Runner (developed by Vancouverite Jamie Fraser), and he has now released a massive update to his app. Now called Cross Border Gas Savings Calculator ($0.99), it does the same as before but has a brand new interface. Tracking your fuel savings over time doesn’t get any easier than this. 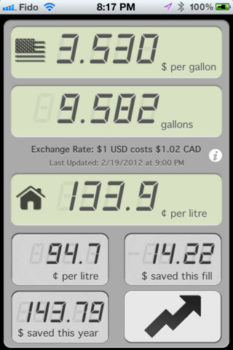 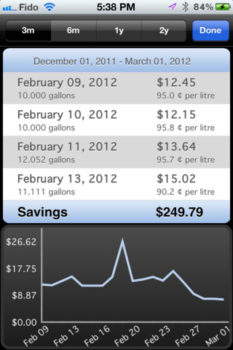 To celebrate his latest update, we have 25 promo codes up for grabs. Try out Cross Border Gas Savings, and let us know what you think of it below! First come, first serve. Good luck! BTW, here’s how to redeem a promo code on your iPhone.

Let us know which promo code you grabbed in the comments!