The iPhone has anÂ Accelerometer. What that means is, when you rotate, shake, or any kind of movement to the your iPhone, the accelerometer detects this movement and can change display angles, or give you gaming control and more!

iShakeLock takes advantage of this technology and allows you to shake your iPhone to lock or unlock. (iPhone needs to be Jailbroken) 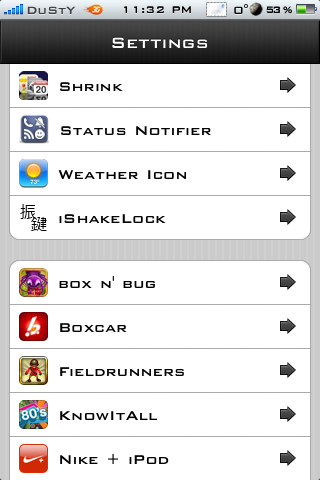 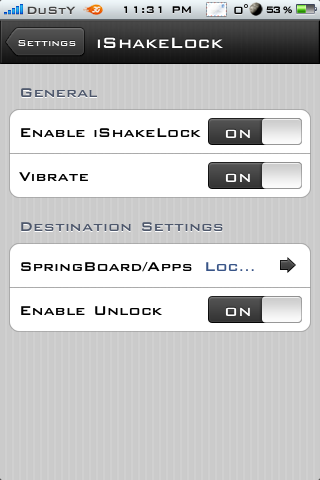 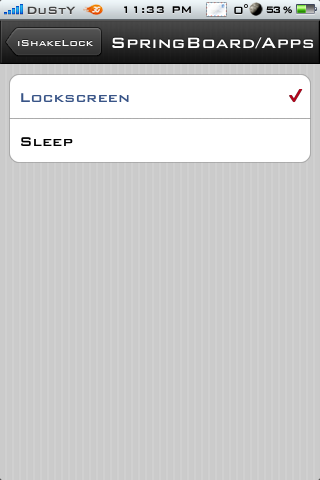 iShakeLock is a simple application to use. First step is to install onto your device. How to do this? Launch Cydia, make sure you have BigBoss repo installed, then search for iShakeLock. After installing, you will notice that there is not an icon on the springboard. What you need to then do is, open settings, scroll down your list of installed apps, and you will see iShakeLock. From here, enable it and if needed, you can change your settings to what you’d prefer on how iShakeLock works. Press home button and done!

To test out the app, give your iPhone a good shake and it should now go into lock mode. Same thing applies to unlock.

iShakeLock is available to download from Cydia, through BigBoss Repo, for Free!