A few days ago Facebook updated their mobile version of the site, and today brings an iPhone update with the following new features: 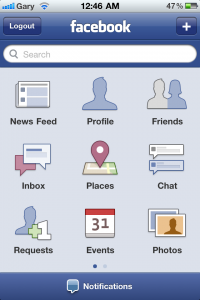 If you’re a fan of Places, you now get a map view, plus you can check into events you’re attending. Have a friend that’s annoying you lately? You can now ‘unfriend’ them right from your iPhone to teach them a lesson! 😉