FIFA Superstars for iPhone is a Free Download Today

If you’re a football (or soccer) fan, be sure to check out FIFA Superstars for iPhone, as it’s free today as part of EA’s Daily Deals page. The game appears to be a good one as reviews are quite positive. I’m going to download this now because I can’t resist free games. 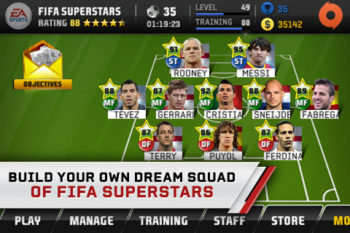 Other free games include Spy Mouse, Theme Park, and Plants vs Zombies for 99 cents. One of the previous deals also included Flight Control for free, one of the most popular iOS games ever.