Have you ever played games like Pipe Mania, where you connect a series of pipes together to accomplish an overall task? If so, you’ll love Gas Tycoon 2!

The pipes can be rotated to find the correct fit but it is not always so easy! You are also racing against the clock and the faster you can lay down the lines, the high your score will be.

Gas Tycoon 2 comes with a series of themes such as oil to gas station pumps and a city street variant along with the above mentioned gas/burner variant. The game also includes 50 levels for your playing pleasure.

Gas Tycoon 2 will also track scores using an online leaderboard and reward achievements, both of which are supported by OpenFeint.

Since the game is not very difficult to play or to master, it really delivers an easy-going, solid game play experience that makes the game very easy to pick up and play over and over again. However Gas Tycoon 2 does not offer much more beyond the core game play and scoring system. 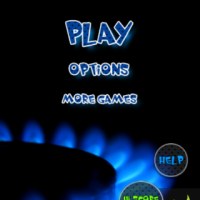 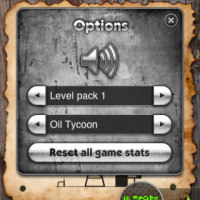 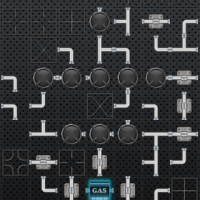 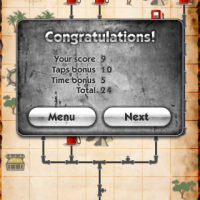 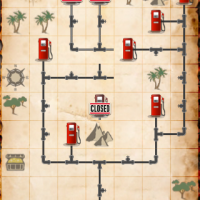 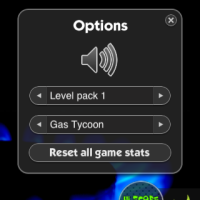 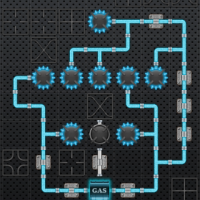 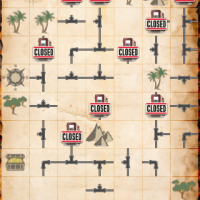 As mentioned previously, each of the connecting pipes that you play with may be rotated to find the appropriate fit. The pipes only move clockwise, so spinning the pipe all the way around can take a little bit longer at times.

Rotating the pipes is done by tapping on the piece that you want to rotate which seems easy enough, but the pipe pieces are small and I found this a problem in two ways. First, sometimes the pipe does not turn at all and not because of the quality of the game but because I missed the pipe entirely. Once your thumb is over the pipe section, it is completely blocked from view. Second, you have to touch the pipe perfectly. For example, if you lay your whole thumb down on the pipe, it won’t spin.

During game play, you get a very nice birds-eye view of the entire pipe system which is great because you can visually plan your route briefly to maximize your speed and score.

Right away, the music and sound effects are awesome. The background music during game play goes well with the themes and I only wish I could appropriately describe it to you but alas, I cannot.

Sound effects are also great. As you play, you get to hear small sound effects with every pipe rotation and connection to a burner or gas pump, for example. The burner connection is particularly awesome as it delivers that satisfying stove-top element firing up sound. Love it!

In terms of visuals, graphics are appropriate for a birds-eye view tycoon game. When you connect pipes, you get a neat little animation on the pipe depending on which theme you are using and when you connect a burner, for example, you can this constant fiery glow of blue which changes depending on the chosen theme.

Gas Tycoon 2 is available in the iTunes App Store for $0.99.

There is also a Lite version available here.