iHawky is a remake of the classic copter game we all know and love, however this remake comes with a unique creative personality that is quite a departure from conventional copter games.

Your goal is to survive as long as possible by dodging various obstacles all while accumulating points but iHawky does not use a helicopter as is common with many copter games. In its place, iHawky uses a young hawk (bird) as your character and the obstacles consist of clouds and mountains of varying heights against a vista of blue skies and forest.

The controls for the game are as you would expect; tap on the screen to go up and let go to go down. While the controls for these type of games are designed with simplicity in mind, in order for them to be effective, they have to have a perfect amount of sensitivity. I found the controls in iHawky to be just slightly over sensitive which made it difficult to keep the character under control.

Another unique game mechanic that comes with iHawky, that you do not see with conventional copter games, is what I can only describe as an energy bar. Every time you tap the screen to raise your character into the air, the energy bar depletes slightly. When you let go, the energy bar refills again. For example, if you were to just hold your finger down for about 10 seconds, the energy bar would empty and it would be game over.

Also, if you graze by any of the obstacles, so just barely touching them, the energy bar depletes immediately to about 50% and stays that way. This makes the game very challenging because now you have only half an energy bar to use when raising the character into the air. I really like this system as it does not end your game immediately but does punish you for touching an obstacle. 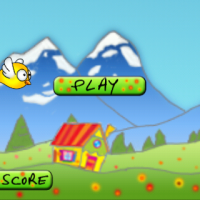 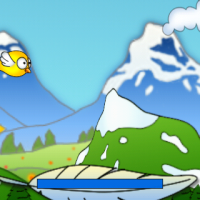 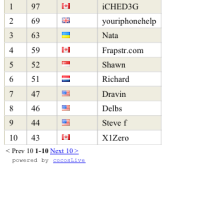 However, I found the obstacles to be poorly designed. With the five copter games that I have tried, obstacles clearly stand out as obstacles, there is no mistaking them. With iHawky, I found it was very difficult to distinguish if some of the clouds were background clouds or actual obstacles.

Also, iHawky includes a global high scores list, but it is not integrated into the game. Instead, the game exits and opens Safari to present them, which is an inconvenient process leaving me to wonder why it was not integrated like so many other games.

Overall, iHawky provides a solid challenge and very nice backgrounds that any gamer is sure to enjoy, but the shortcomings with the controls and background-looking obstacles cause much more frustration than needed. iHawky is a nice supplement to conventional copter games, but is by no means a replacement.

iHawky is available in the iTunes App Store for $0.99