Fans of Scrabble, Boggle, BookWorm, and other word games, we have a new word search game for you. It is called IsoWords and it is a new way of playing word search games.

The game play area consists of a 3x3x3 cube in which players must find the most English language words within a given time. Players can connect letters on the faces of the cube to form words and two letters can only be connected if they are touching.

The catch here is that players can only use each cube (letter) three times, as the third tap on a cube removes that specific cube. With less cubes, players will have a more difficult time forming long words or just any word at all. The goal of the game is very amusing and is a great time killer, however I did find myself getting bored after a while of playing.

Scoring in IsoWords is determined by the length of the found word and rarity of letters used. Essentially, the longer the word the better, as it’s the length where the real points are gained. Scores are tracked via a high score database which also includes a stats screen.

Players may choose to play fromÂ six playable time modes ranging from one through five minutes each or a free play mode where players play until the cube is gone or no moves are left.

The game also has a partial multiplayer feature as players may play alone or with up to three friends in a play-and pass-mode. Players may also challenge friends through Facebook, Twitter, or email. 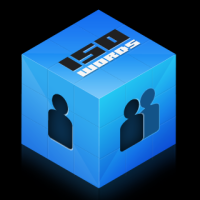 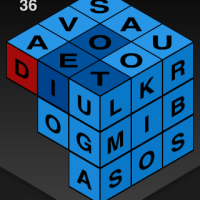 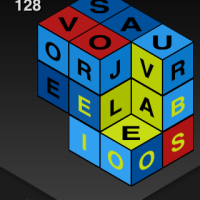 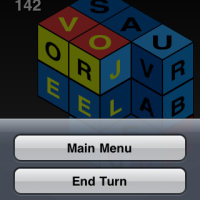 The controls are fairly simple but do take a moment to understand. Players may drag their finger along the cube, or tap each letter individually, to form words. I found just tapping them to be pretty easy.

If one or more cubes provide no benefit, they can be manually removed by triple tapping on the cube. This is helpful if players are stuck with no moves or words to spell.

Beginning a game and choosing the play mode is fairly intuitive but I really like the inclusion of a full instruction/tutorial section that shows players how to play and what letters have what score attached to them.

Since it’s a word game, there are no sounds except for menu selection sounds. However players can opt to play their iPod music during game play.

The game play area is very large and easy to read which helps if a game session becomes very long. Chosen letters are turned a yellow color to indicate their selection and letters that have only one use left turn red. As a game session goes on, these color distinctions become very valuable.

IsoWords is available on the iTunes App Store for $1.99.

The app also comes in other localizations available for the same price: