Orbital is the latest iPhone game to take the classic break breaker concept and make it much more colorful, challenging and fun.

Orbital is based on the online game “Gimme Friction Baby” but makes the gameplay much more exciting and engaging. The game plays exactly like a brick breaker game except that instead of destroying bricks, you must destroy orbs. Each orb has the number “3” in it which indicates the number of times that the orb must be hit in order to be destroyed. After three hits, the orb explodes into a colorful barrage of star dust and you are awarded one point.

However, the game does come with a twist. Each time you fire your weapon at one of the orbs, the projectile you launched becomes an orb itself that must be destroyed like the rest. The game also adds extra points if you get double or triple hits by destroying more than one orb at the same time.

The higher your score, the better, as you can enter yourself into the global high score lists. The high score lists also include two standings which are high score in a 24 hour period and all-time high score. You can also compare your score with your friends through the in-app FaceBook integration.

The great thing about Orbital, and these game types in general, is the game is seemingly endless. The only obstacle that you must watch out for is the “death line”. If your orb that you shoot touches this line, the game is over. You only get one life, so use it wisely! However it is this one life mechanic that I really do not like about the game. Then again, it is probably because I keep dieing. 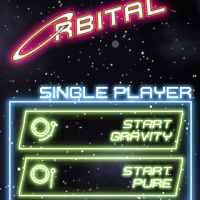 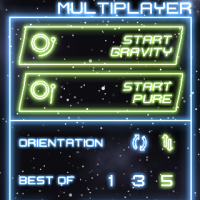 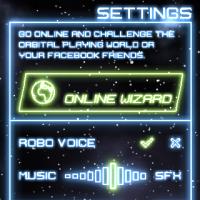 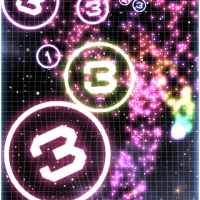 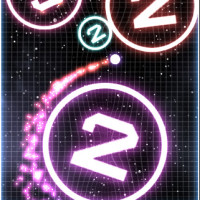 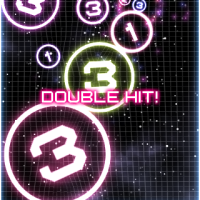 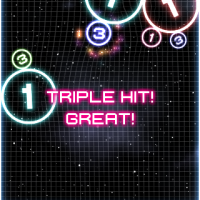 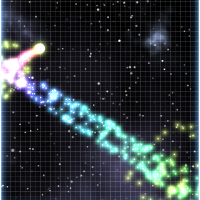 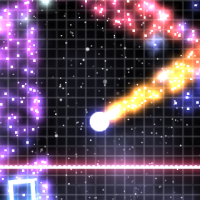 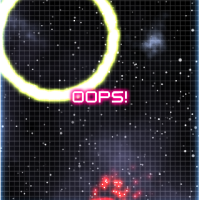 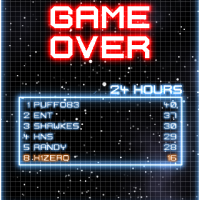 Orbital also comes with two different game variants to play in; Pure and Gravity. In Pure mode, you play the classic brick breaker type game. You launch your projectile at the other orbs and attempt to destroy them without touching the death line.

In Gravity mode however, Orbital does something very innovative. Each time you launch an orb, wherever it lands and expands becomes a gravity pulled area. For example, once an orb expands, if you launch another orb near it, the gravity pull of the expanded orb will pull your shot in towards the expanded orb. This game mode is a lot of fun and makes it much easier to avoid the death line. To get an idea, check out this gameplay video.

Lastly, Orbital delivers a great multiplayer experience in which the game orients itself between player turns so that the active player always views the gameplay area in the correct direction.

Orbital is the most visually appealing brick breaker type game that I have ever laid eyes on and had the chance to play. The environment is full of color with great background music set against a deep space vista. The game provides a solid challenge and is highly addicting and even adds a little suspense with a great camera zoom-in feature when you get close to the death line (you need to play the game to really get a feel for the death line suspense zoom-in).

You can check out Orbital in theÂ iTunes App Store for $2.99!

Sony is diving back into the virtual reality well with PS VR2 and I for one have been eagerly awaiting this new generation. The original PSVR showed a lot of promise but was held back slightly due to over-encumbering setup solutions and archaic accessories. PS VR2 feels like a fresh start not only for Sony...
Steve Vegvari
18 hours ago

Since the advent of the PlayStation 5, I’ve been impressed with Sony’s new DualSense controller. It’s quickly entered the upper echelon of controllers as far as I’m concerned. Bringing haptics and adaptive triggers and leveraging comfort, the DualSense really elevated my experience in the PlayStation ecosystem. However, I’ve also long been a proponent of the...
Steve Vegvari
2 days ago