Catch falling items in your truck to deliver your daily payload.

Payload is an iPhone/iPod Touch game in which players use tilt and tap controls to drive the main character toward the objective.

In Payload, players take on the role of Buck who drives his truck through various environments catching falling items to gain points. The game includes four environments:

The developer has also indicated that there may be more levels coming in the future.

As various items fall toward the truck, players navigate the truck to catch them. The larger the caught item, the higher the score. Players may also catch many items in a row or at the same time to receive score multipliers.

Occasionally very large items will drop that can crush the truck or many items may fall at the same time. In these scenarios, any collision or missed item reduces the player score (cash). To remedy this, players are provided with a limited number of dynamite sticks which destroy all visible falling items when players tap on the screen.

Throughout the game, players can catch various bonus items and power-ups that can help to increase the score or catch items more easily. Anti-bonus and power-down items will also fall and if caught, will detract score.

The game also has OpenFeint integration which means your score is tracked and added to your personal player profile that is transferable across any iPhone/iPod Touch game that includes OpenFeint support. Another great feature is the game auto-saves current progress in case players quit the game or receive a phone call for example. 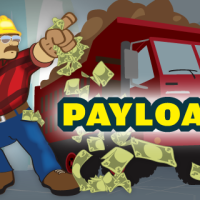 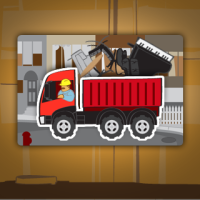 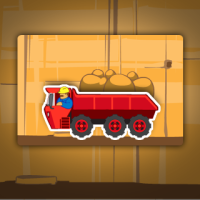 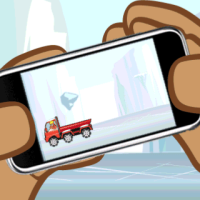 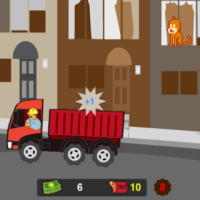 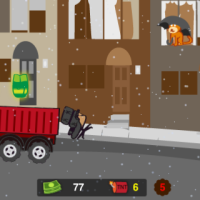 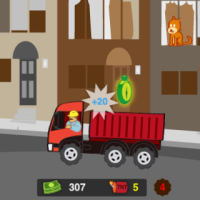 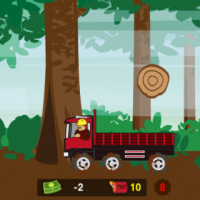 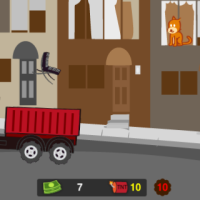 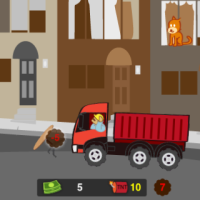 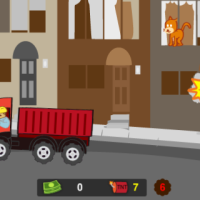 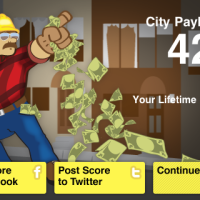 The game makes use of tilt and tap controls to move the character and use the dynamite. Tilting the iPhone left or right will move the truck in the desired direction. Tapping on the screen will use the dynamite on all visible falling items.

Navigation is nice and clean as players need only choose their level of play using provided arrows or log into OpenFeint using a provided button.

Game play consists of 2D visuals with animated backgrounds on each of the four available environments. There are also various non-playable characters such as monkeys and UFO’s that occasionally make their way into the playing area.

The in-game music and sound effects are original scores composed by Ben Long. Players wanting to play the game silent will need to make use of the iPhone silent switch or volume rocker, as the app does not include any sound settings.

Players may use their own iPod music but the in-game music and sound effects remain unless muted using the iPhone silent switch.

Payload is available on the iTunes App Store for $0.99.