Game Review: Test Your Musical Skill With PianoGame For iPhone

PianoGame tests your musical skill in a challenging game of memory!

PianoGame is a musical memory game that is quite possibly the most difficult iPhone/iPod Touch game I have ever played. Why is it so hard you ask? For starters, the instrument used in the game is a piano and I have not touched a piano for years, let alone recognize the different notes!

PianoGame, as the name suggests, presents players with a condensed piano, which is used when players choose to play one of two game modes; Free Play and Challenge.

In Free Play, players simply play the piano however they want. Play a song, annoy your friends, what ever floats your boat. In Challenge, the AI of the game plays a note on the piano and the player must then match that note. With every correct match, the AI plays the first note and then another note and players must match the sequence.

The game can actually go on forever so long as players always get the correct note, but since that is unlikely, eventually the game ends when players incorrectly play the musical sequence. If you have never touched a piano or have little (or no) knowledge of musical notes, this game will be a challenge.

The game includes online leaderboards where players may track their scores against other players of the game. The scores can be viewed either through the app or via the developers website. I like the detail that is included in the game in regards to the piano keys and resulting sounds, as it adds a very nice level of realism.

There is also a very detailed help guide and a fun info button that when pushed, takes players to the backside of the piano where they see a real piano layout including a MIDI port, audio ports, and a manufacturers label which includes the developers information. 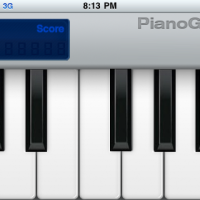 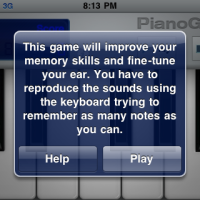 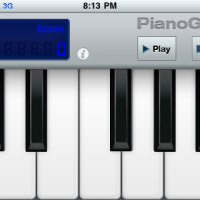 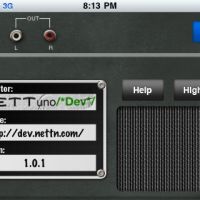 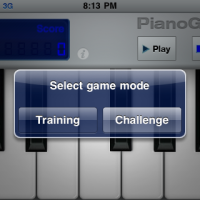 Considering the nature of the game, there is not much required in the way of controls. Players simply tap the piano key that will produce the correct musical note. PianoGame is all about listening and recognizing the various musical notes.

Overall navigation of the app is fairly clean with a quick and easy start to the game and a help guide before the game begins.

The game has both realistic sounds and game visuals. I was highly impressed with both. Even though the piano is not a fully featured piano, the keys that are included look and sound real.

As mentioned previously, the developer takes the visuals a step further by detailing the back of the piano. This is seen by tapping on the “i” or info button. Even though it is a minor visual add-on, it is appreciated.

PianoGame is available on the iTunes App Store for $0.99.