When Gmail for iPhone hit the App Store, it failed to impress and was pulled due to the app not working as advertised.

Gmail for iOS has now received yet another update, with this one being the most significant. New changes include better label management, a new notification sound for incoming mail, mobile signature, vacation responder, and a new ‘scribble’ feature (on the iPad) to top off bug fixes and other UI improvements.

Still though, even with this update integration with Notification Center in iOS 5 is still lacking. The only thing this app is good for is searching your Gmail account if you’re a heavy user. The Gmail team is still working hard on bringing new features though:

Behind the scenes, we’re continuing to work on highly requested features like banner notifications, multiple login support and the ability to send-as from any account already configured in Gmail. We want to make sure these are done right as we continue to improve the Gmail app. 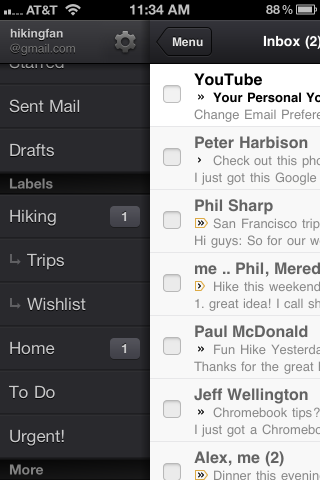