Google earlier announced new features for its social network, Google+. They also mentioned upcoming support for the iOS app to support the Hangouts feature, which is group video chat for devices with front-facing cameras, such as the iPhone 4 or latest generation iPod touch.

That update is now live in the App Store, and so far my initial test of the app is pretty good. No crashes like before, and I had small conversation with the fellas over at AndroidinCanada.ca. 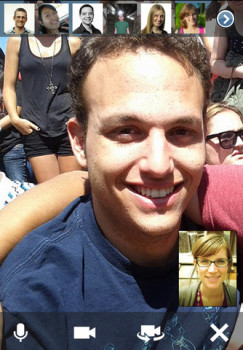 Let us know how the Hangouts feature works for you. I might try it out a bit later!