Happy Friday everyone! Today we’re going to address a concern that some people have with their iPhones. Are you the type of person that is obsessed over the state of your electronics, and in particular your precious iPhone? Ever have little brothers or sisters or cousins want to play Flight Control with their sticky fingers?

How To Stop People From Using Your iPhone

We’ve all been in those situations when that certain someone wants to borrow your iPhone to “make a quick call” or “Google something” and they can’t because they either a) don’t have a cellphone or b) have a regular flip phone with no internet capabilities. How do you say “NO” without saying “NO”? Can’t muster up enough courage to say “N-O”? Easy! You activate the app iBroken!

iBroken is available in Cydia (jailbroken iPhones only) and what it does is simulate the “Connect to iTunes” picture on your iPhone. You launch this bad boy, then demonstrate that your iPhone is “having problems” and prove it by tapping on the screen to show that it’s “frozen”. The app will only exit if you press the Home button, so guard that button with your LIFE! 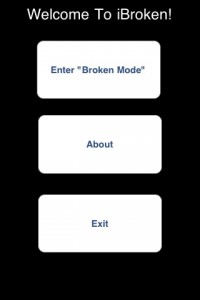 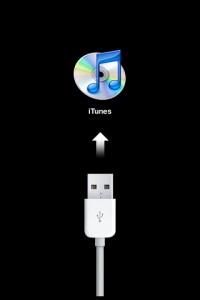 Scare Your Friends With Jailbroken iPhones

Want to play a quick joke? Install iBroken on your friend’s jailbroken iPhone and tell them “OMG dude, I think I did something wrong” and wait to see the priceless expression on their face.

I haven’t used iBroken yet, but I’m waiting for the perfect opportunity to put it to good use. Have you used iBroken? Has it saved you from lending out your iPhone to people/friends/family/coworkers/young children/animals?