ChAIR has released their third update to their popular game Infinity Blade, which sports the best game visuals for your iPhone. This latest update brings multiplayer matches via Game Center, and a plethora of new weapons and game play modes. To celebrate this third update, the game is 50% off at $2.99 (the last. This is the time to pick up this game, but beware of the almost 600 MB download.

ChAIR loves you, so we are giving you EVEN MORE awesome content – for free!
– Enter the Arena: Challenge your friends to multiplayer matches online via Game Center!
– Or play Survivor, and face off against a legion of Titans to see how far you can go!
– New Holiday Helms! A new helm for every season, ready to be played and mastered!
– Over two dozen new magic rings, swords, shields, and helmets! Collect and Master them all!
– And More! New Achievements, more Leaderboards, and some new surprises!
Infinity Blade is now better than ever! 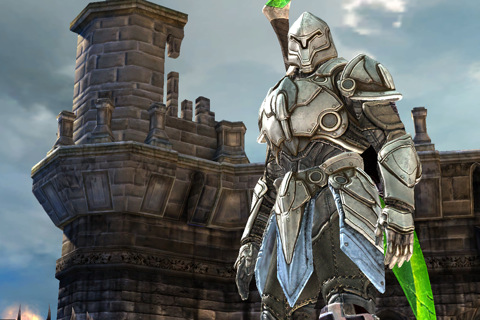