Metro News has officially announced the release of their redesigned iOS app for the iPhone, iPad, and iPod touch. Available last week, the app is now the top free news app in the App Store, with more than 27,000 downloads. Their first app was released way back in late 2009, and was then touted as the first bilingual news app for the iPhone. 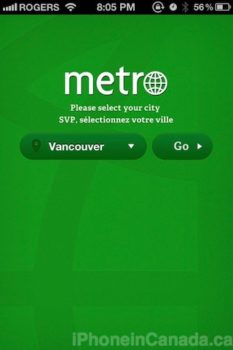 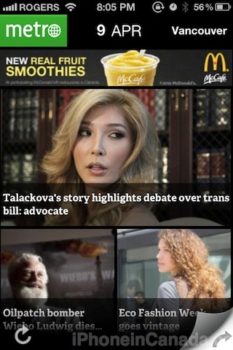 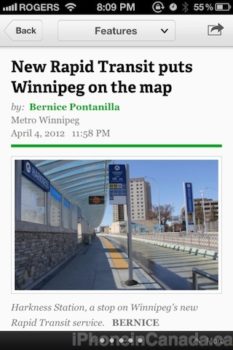 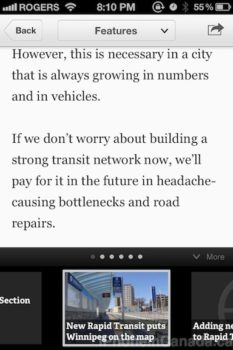 When you first open the app there are highlighted top stories and with a ‘swipe’ of the page you get to individual news sections. Once you get to the end of a story, a neat carousel emerges to show more stories to read (it can also be accessed at any time).

A nice touch is the displayed weather next to the name of your current city’s edition. You can also adjust font sizes to match your reading preference. Not bad for their new redesign and I am sure many people will enjoy this update.