I have to say that I’m usually a fan of more traditional games, stuff that I grew up with and that is still around. But sometimes, you come across games that take a game you knew and loved to another level.

muBlip is one of those games. It takes the “old fashion” Simon says electronic game to that other level.

The principle is fairly straight forward, the App plays a sequence of “blips” which are taps, slides, drags, holds, etc. to the rhythm of a song and you need to replay that sequence with the right timing. Some “blips” require that you use multiple fingers at the same time. 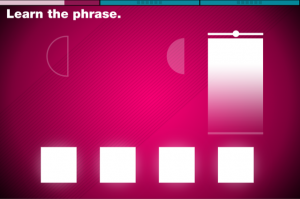 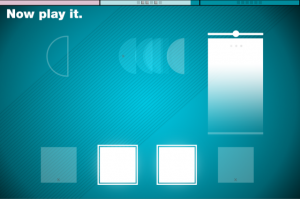 This is where I find that this App is interesting since it is not sufficient to remember the sequence, but the timing of re-creating that sequence is critical to good scores. In my case, I see some potential to help kids with their music learning. You can’t rush or slow down when playing music, the same principle applies here. 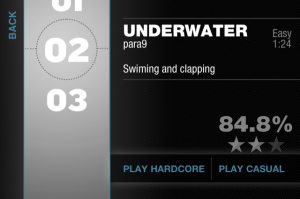 Apparently para9 (the company that developed muBlip) is working on aÂ Game Center integration for a release very soon.

My final verdict? Overall, an enjoyable and unique memory and rhythm game.

As a bonus to our readers, we have 10 redeemable codes to distribute. We will post these in the comments every few of hours to give a fair chance to more people. If you miss your chance come back a bit later to try and get one!