The North by Northeast (NXNE) Festival is taking place on June 13-19 in Toronto, and is Canada’s largest music festival. There are over 650 bands, 40 films, and 50 panels to be showcased during the event.

If you want an easy way to keep track of everything at NXNE, be sure to download the newly released myNXNE iPhone app:

Going to NXNE? myNXNE 2011 is your best guide to venues, show-times, schedules, artist information, and everything you need to experience Canadaâ€™s biggest music event. Plus you can easily add events to your iPhoneâ€™s Calendar.

With music news and exclusives from Spinner.ca to keep you current. Win NXNE 2011 wristbands, VIP passes, audio gear, and much, much more!

Brought to you by Shweet.com in association with AOL and Spinner.ca. 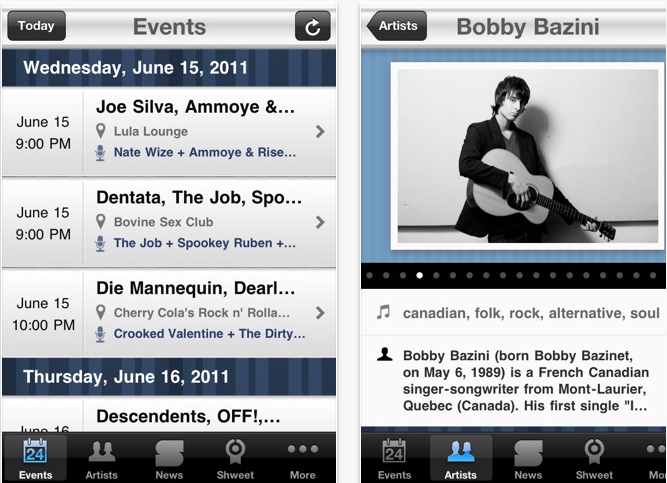 If you’re hitting up NXNE, the myNXNE iPhone app will be a great resource for the event. You can also “Shweet” to get a chance to win prizes. Click here to download, it’s free.

Are you hitting up NXNE?

PS – Don’t forget to join in on the 500 free Apple Expo passes we’re giving away! Click here for more info.