Twitter has announced a new version of its iPhone app today, as announced today at their ‘Come See What We’re Building’ press conference, live-blogged by TechCrunch. Within the announcements, Jack Dorsey revealed twitter integration within iOS 5 has resulted in an 25% increase of sign ups globally, and now more than 250 million tweets are sent daily.

The new iPhone app looks completely different than the previous version of twitter, based on the design of Loren Brichter’s Tweetie (he left Twitter back in early November). The updated app takes cues from the mobile version of twitter, for a unified experience. Gone is the ‘swipe to reveal’ for quick replies, direct messages have moved to the profile screen, and a new simpler interface. Along the bottom, we now have Home, Connect (@), Discover (#), and Me. 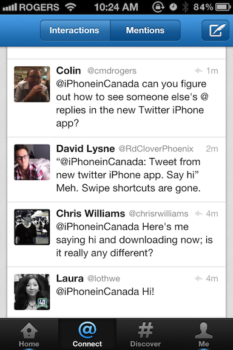 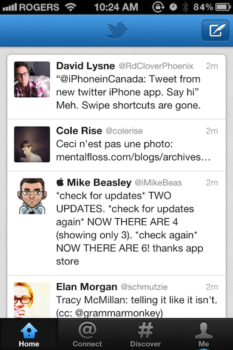 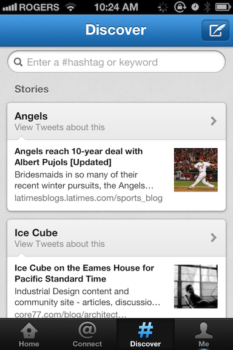 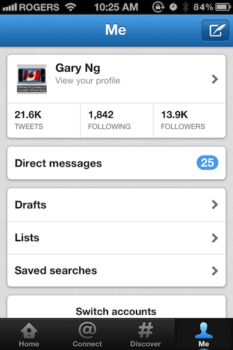 The app feels completely different from the old version of Twitter, and early hands-on has led me to feel indifferent about the change. It seems this app is just so darn simple, it will push others to go elsewhere for more advanced twitter clients such as SimplyTweet or Tweetbot. It is disappointing that the update removes the awesome free features from Tweetie. Do not update if you love the existing Twitter app!

Click here to download Twitter–it’s free. Even though I already had it installed, the new update didn’t show up in the App Store under ‘Updates’. I had to search and install it.

Let me know what you think of the update.