Office Jerk: Helping You Get Rid of the Monday Blues

There’s a new app called Office Jerk reaching up the ranks, that’s made in Canada. The app is the brainchild of the app developer Fluik (from Edmonton) and Big Fat Solutions (right here in Vancouver).

Office Jerk is so popular it now the #1 app in 55 countries, and currently the #3 free app in Canada. They’ve also managed to achieve five million downloads in under two weeks, and expects more than 10 million downloads around the world by the end of week. Impressive. 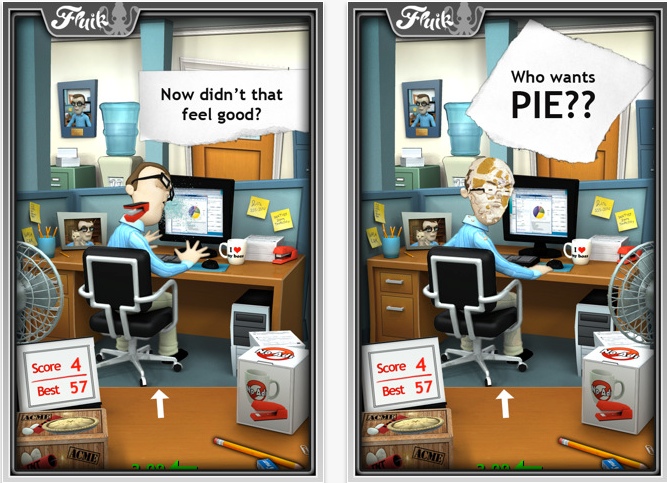 The premise behind the game is to help you release some steam–when you’re dealing with the local ‘jerk’ in your office. Why not load up a game on your iPhone to relieve some stress? Your job is to hurl a variety of office supplies at the ‘office jerk’ and the trick is to compensate the wind coming from the office fan. The game reminds me of Paper Toss, but with a unique office twist.

If you’re into these sort of ‘toss’ physics games, check out Office Jerk–it’s free. Click here to download it. Congrats to their success! Let me know what you think of this app!

[Thanks for the email, Keith!]