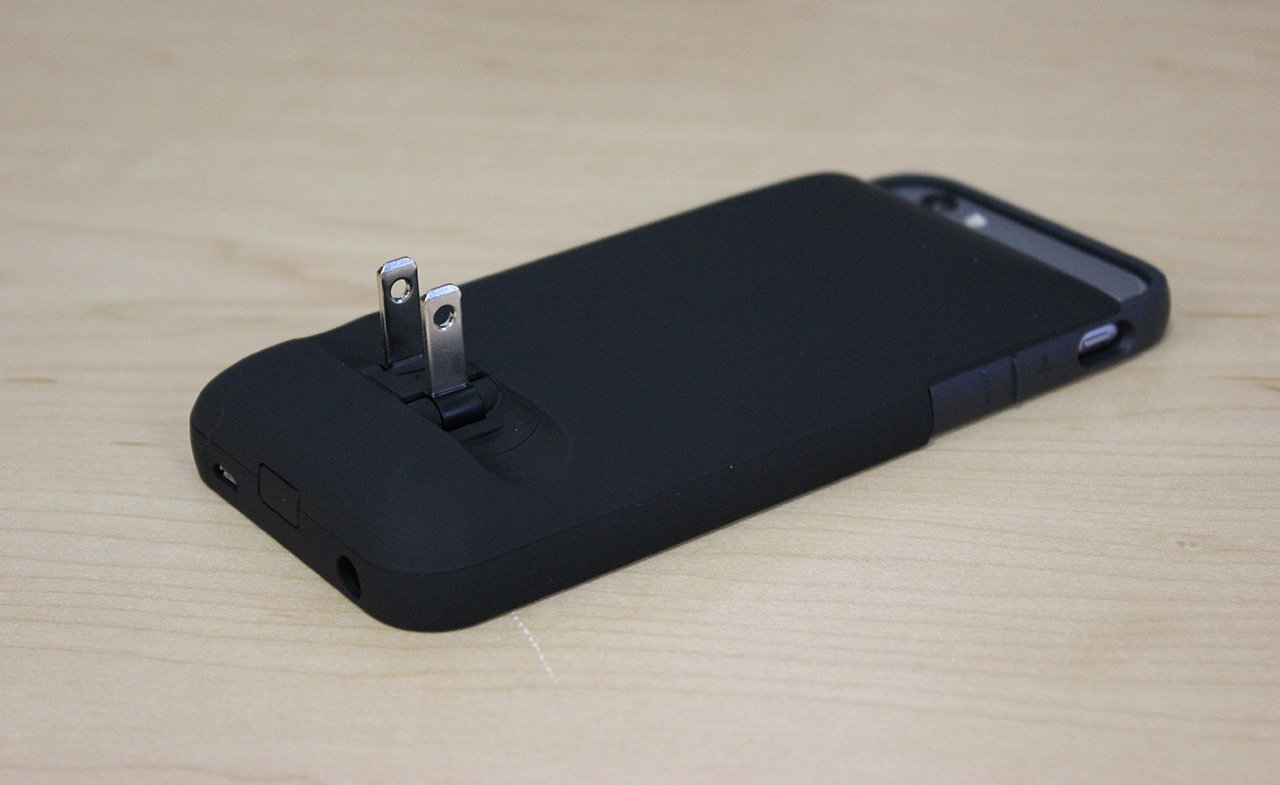 We have reviewed many iPhone cases over the years, including plenty of battery cases, however the Prong PWR iPhone 6s battery case is one that adds a unique feature that makes charging the case and device quick and easy.

One of the big problems that still plagues smartphone users today is that the device’s battery just doesn’t last as long as most users want it to. Many accessory makers have come up with various options to fix this problem, including iPhone cases that have built-in batteries.

Of course, having the extra battery life involves dealing with several tradeoffs, including the addition of a considerable amount of thickness to the device. A micro-USB cable is also required to recharge most of these battery cases, which many users do not carry around with them frequently. 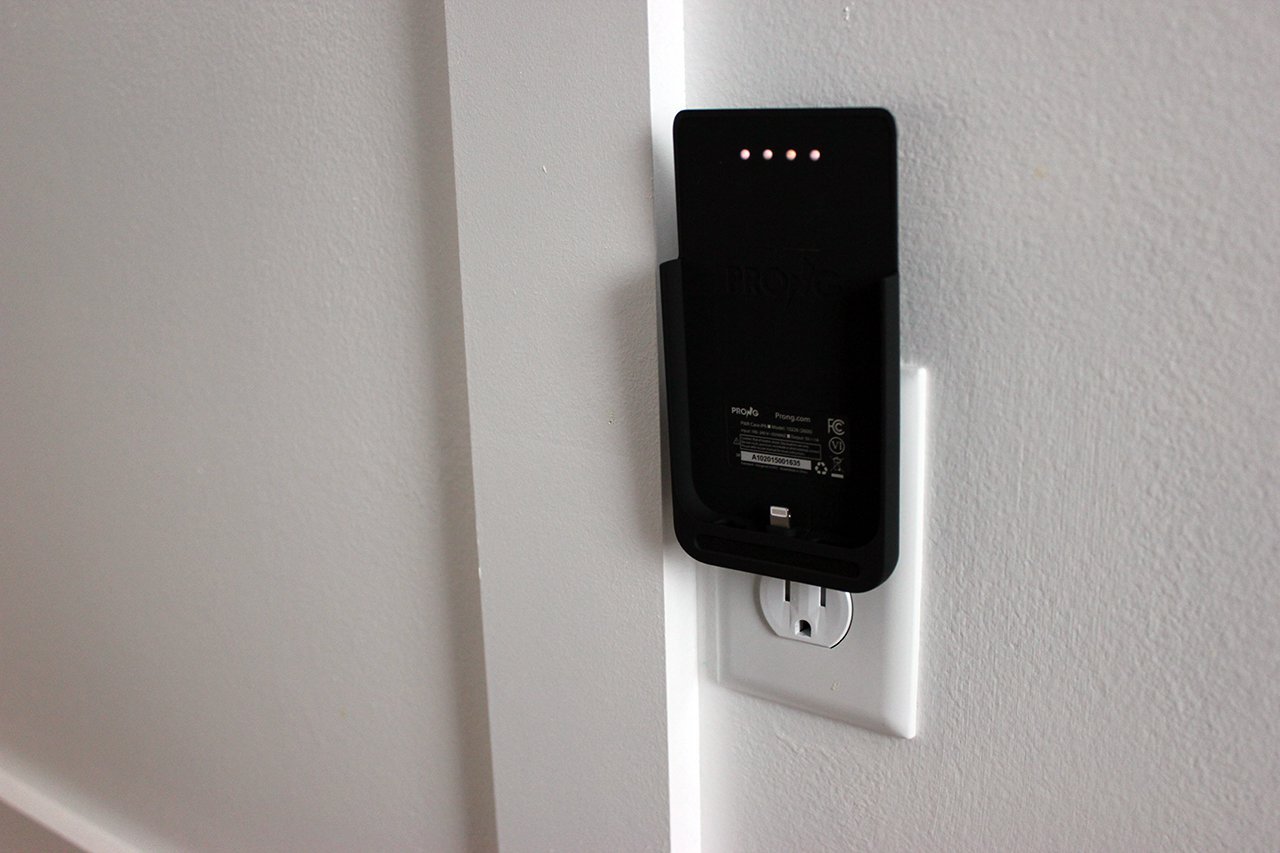 Thankfully, the Prong PWR case for the iPhone 6 / 6s doesn’t need a cable at all to recharge its internal battery because it has a wall plug built right into the case.

Prong has been around for a few years now, first starting out as a Kickstarter campaign where they introduced the PocketPlug, which was nothing more than an iPhone case with a built-in outlet plug that charges up your iPhone without the cable and adapter.

The PWR case comes in two parts. There’s a low-profile silicon bumper case that looks just like any other iPhone case, and then there’s the battery and plug portion that your iPhone easily slides into. The case portion is made so that it works perfectly with the other half of the bundle, and when all connected, it simply looks like one huge iPhone case.

The unique feature with the battery case is that it comes with an integrated outlet prong that you can plug directly into any wall outlet. The two prongs lie flat alongside the back of the case, but can easily be flipped out to and locked parallel with each other so that you can plug it in. 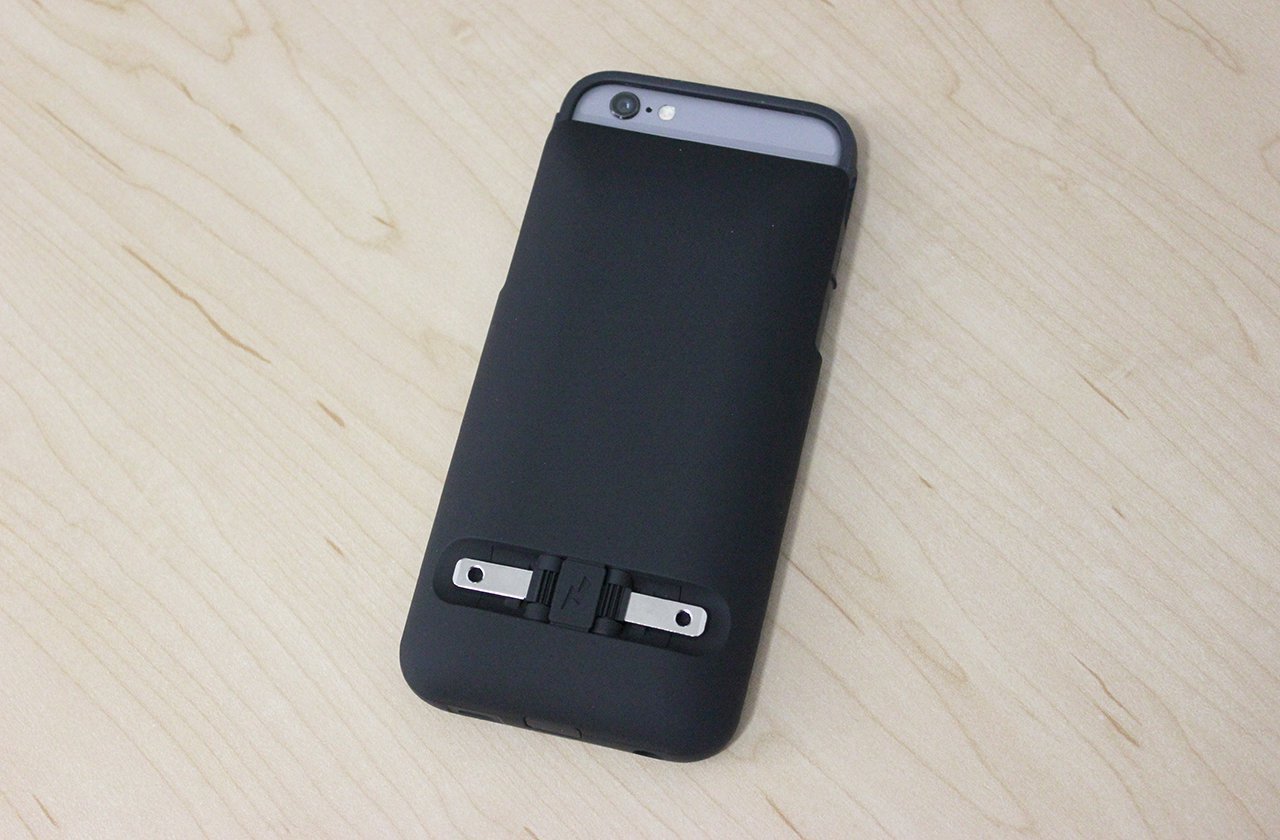 The battery included is a 2,600mAh battery, which is enough to fully recharge your iPhone. It also recharges your iPhone fairly quickly. From my tests, going from around 15% to 100% took about an hour.

However, recharging the battery case itself takes a bit longer. In my case, it took about two hours to recharge it back up to 100% after it died. The cool thing is that you can see how much juice the case has left by pushing the button on the bottom of the case, which will light up four small LEDs if the battery is full or near-full.

I really like the whole two-case setup that the PWR case has going on. The thinner silicon case makes it easy to use your iPhone if you don’t feel like taking the entire case with you. However, the silicon case is not really that well designed, leaving fairly large gaps where the ports are, but thankfully the case holds the iPhone very well. 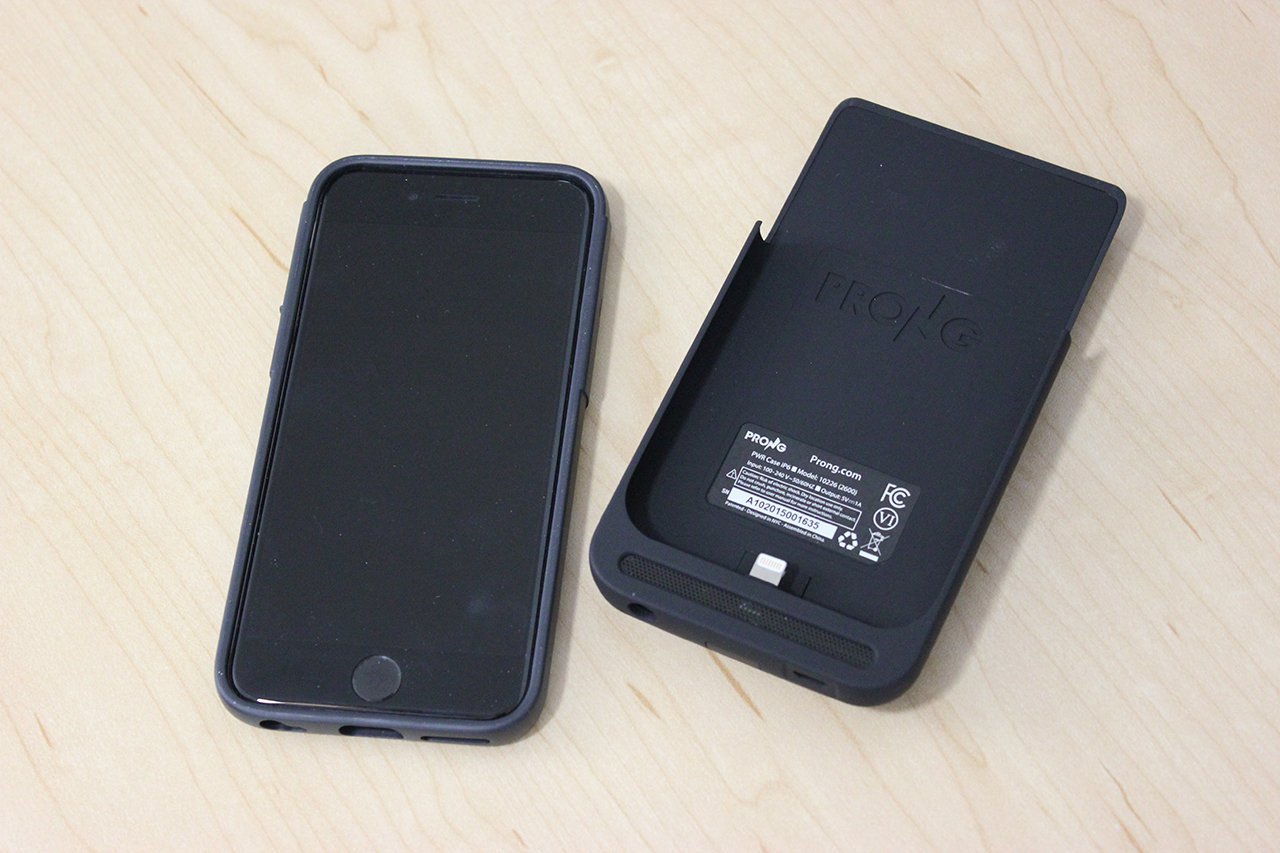 The Prong PWR ($99) is a neat little battery case that has its unique features, but may seem expensive at nearly one hundred bucks USD, given current exchange rates.

It’s easy to slide in and out and you don’t need to mess with any cables or wall adapters. While you do get two cases, there may be value in this battery backup solution. However, the added thickness makes it a bit hard to carry around in smaller pockets.

In the end, if you really hate cables and adapters and you want a battery case that’s easy to remove, the Prong PWR is definitely an iPhone case that you should consider.