If you play the Lottery in Canada, specifically Lotto649, Super7, or Encore, then you will find “Canadian Lotto Results” to be a useful application for checking those lottery results on the go!

The Canadian Lotto Results application gives you the ability to check your lottery ticket results from your iPhone. This is useful especially if you are on the go and away from a computer or not near a Lottery Center booth. The lottery numbers are updated between 10PM and 12PM on draw days. 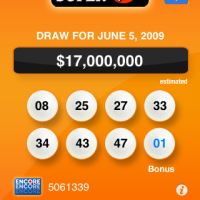 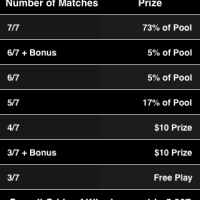 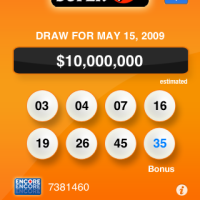 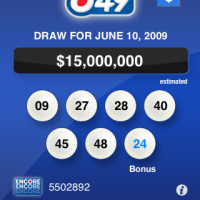 The app currently supports national lotteries Lotto649 and Super7 and there is also support for the Ontario Encore lottery. Moreover, results of previous lottery winnings are stored on your device for easy historical access. This way, even if you missed a previous lottery, you can still access it directly from the app.

Canadian Lotto Results is available in the iTunes AppStore for $0.99