Don’t leave yet. I know the name sounds horrible, Dinky, but I promise that once you start playing the game Dinky Ball, it will be hard to put it down. I played for 45 minutes and only stopped because my battery died! 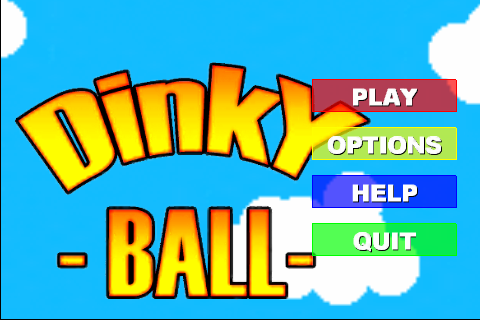 Dinky Ball is hands down one of the most addicting games I have ever played on the iPhone. It reminds me of something from AddictingGames.com, in which you start playing, you think that it is pretty good and then 45 minutes later, you’re still playing.

Dinky Ball is a puzzle/racing platformer set in a 3D environment, though you could argue for 2.5D. The objective is simple: Get your ball to the red square before the time runs out.

To get the ball to its intended location, you simply tilt your iPhone left or right in the direction that you want to move. The circular platforms that you are on are suspended in the air and the ball will not fall off the edges as you are moving it around. The only time where you can drop off the platform is where there is a clear gap in the path of platforms.

Each level, 60 included, has a time limit and the time varies depending on the type of obstacles in the level. Tapping on the screen as you are rolling allows the ball to jump, as there are obstacle platforms that you need to hop over. However, there are also special platforms that have different attributes that can slow you down or speed you up so fast that you miss your target. I will list some of the obstacle platforms below: 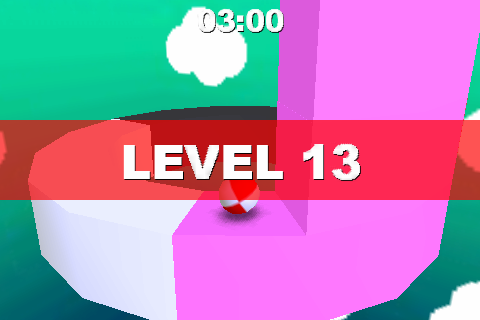 You can tell when you are approaching a special platform since the entire level is all one color except for these certain special areas.

Some of the levels are easier than others, especially in the beginning, but as you progress through the game, the levels become tricky. It quickly becomes important to be aware of your surroundings and have a quick finger for jumps.

The game also includes four save slots that store your current levels, so for example if you quit the app, you can continue from where you left off using one of four save slots. 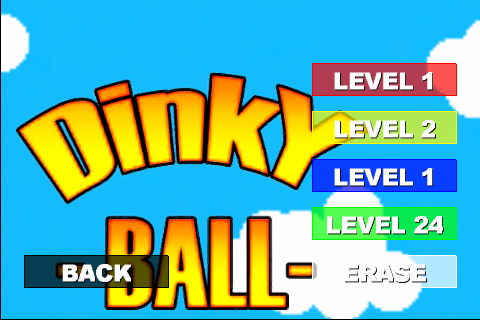 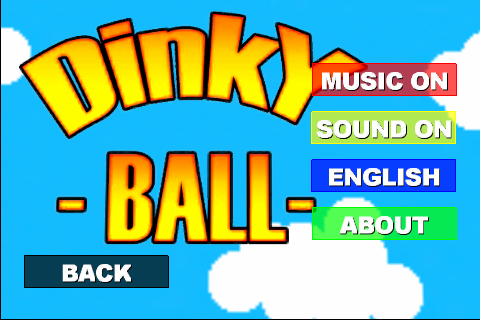 However as addicting as the game is, it does come with two issues. First and foremost, there is no way to return to the menu or pause during game play. This was a problem for me as the only way to “pause” or go back was to quit the app entirely. Second, you cannot navigate through completed levels, which means you can only start at Level 1 or continue where you ended.

Overall, Dinky Ball provides highly addicting game play with decent visuals and sounds but it is the puzzle/race aspect of the game that makes it a win for me. You get a solid challenge racing against the clock and clearing obstacles. While the issues listed above are not too troublesome, they do get annoying, especially the pause thing. But other than that, the game delivers a simple but great experience that kept me rolling. Oh and the name really should be changed…Dinky?

I am going to giveaway one (1) copy of this highly addictive game! To win, simply comment below on the following:

What extremely addicting games do you play now on your iPhone?

1.) Make sure toÂ include your email in theÂ commentÂ entry form or I cannot contact you! 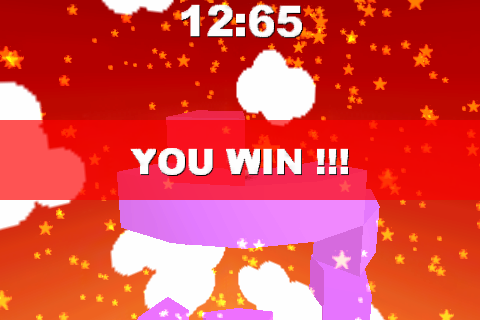