The Magic Mouse is a great mouse with multi-touch gestures. I picked mine up soon after it was launched by Apple. However, I have relatively large hands. After a few hours I noticed my hand and wrist didn’t ‘agree’ with the contours of the Magic Mouse. I’ve switched back and forth between mice and it wasn’t until I stumbled upon the Magic Mouse Fix that made the Magic Mouse bearable.

What is the Magic Mouse Fix?

It’s a soft, comfortable silicone addition that attaches to the Magic Mouse via suction. It raises the base of the Magic Mouse to help mold better to your hand, and to relieve some pain. I had a chance to try out the Magic Mouse Fix, created by Will from hybridracing.com. 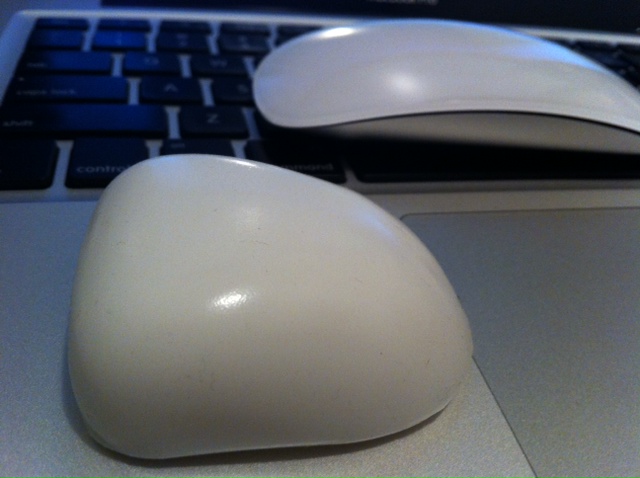 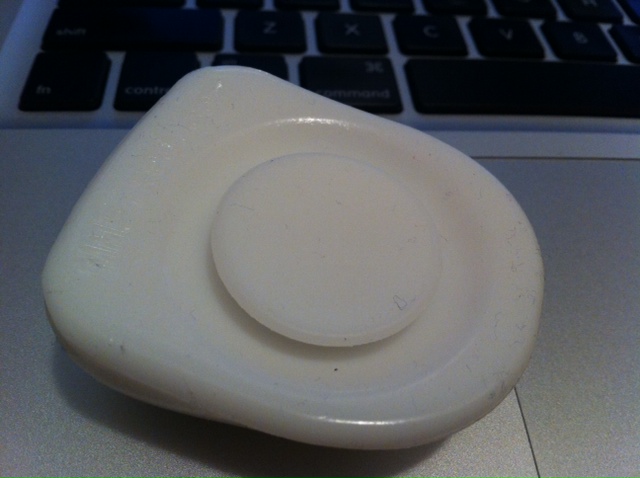 After receiving the silicone piece, and attaching it to my Magic Mouse the experience was improved. My hand felt better and wrist did not hurt as much as days went by. The Magic Mouse fix really does work. And at $12 plus $3 shipping to Canada, it’s a small price to pay to alleviate discomfort from Apple’s Magic Mouse. So if you’ve been suffering, definitely give the Magic Mouse Fix some consideration. 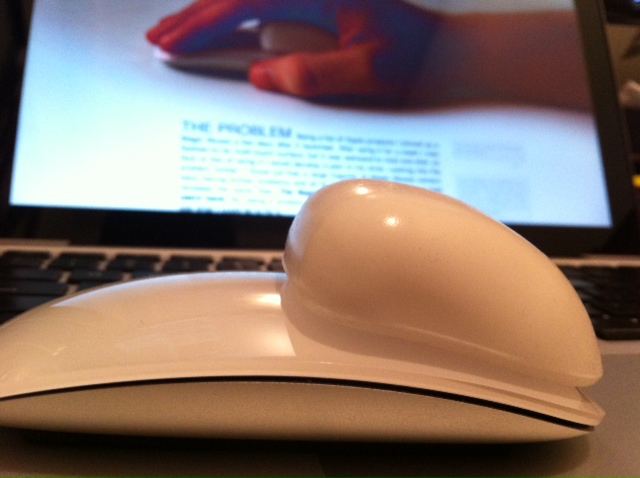 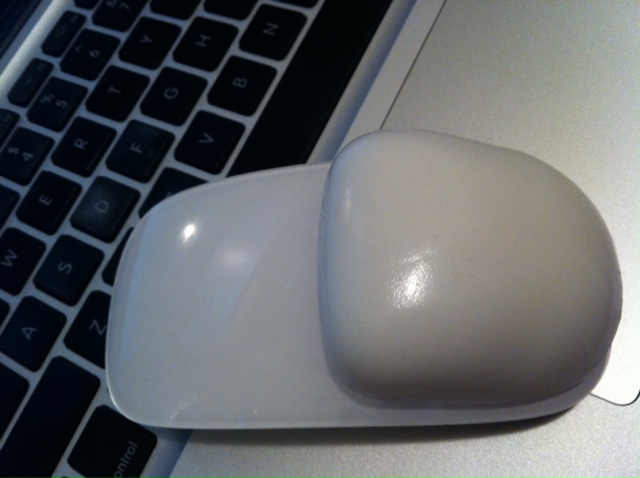 I’m currently no longer using the Magic Mouse, as it didn’t fit right with my large hands. I’m now using the Logitech Revolution MX thanks to a recommendation from @jessicasarai. My hand has thanked me for it!