Live Nation Entertainment has officially announced the release of their Ticketmaster iPhone app, which hit the App Store late last week. This much awaited app makes purchasing tickets for your favourite event much easier from your iPhone.

Upon the initial launch of the app, it will scan your iTunes library to adjust and adapt what it will show in the list of concert events near you. Push notifications will remind users of sales, last minute tickets, and also the inclusion of Twitter, Facebook, and Foursquare allows for easy social sharing of your plans.

I took the app for a quick spin and so far, it’s quite simple and easy to use. You can sign in with your Ticketmaster account to make for easy purchase of tickets as your credit card info is saved to your original account. Still, those next to impossible CAPTCHAs remain to ensure you’re human during your ticket search.

Interesting to note though, when searching for tickets at Rogers Arena in Vancouver, it asked for Rogers customers to click on a link to verify their mobile number, which I’m assuming to offer up exclusive deals. Alas, doing so resulted in the page mentioning it had to be accessed from a computer. Not cool. 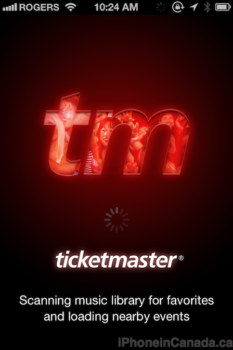 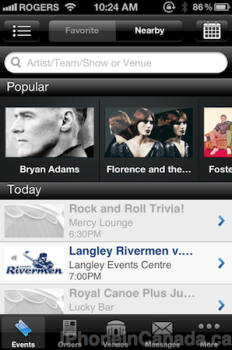 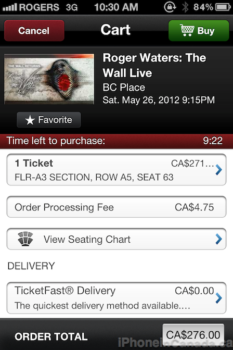 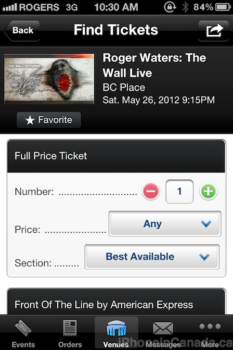 Prior to this app being released Ticketmaster had a mobile site, but this app definitely makes buying tickets on the go much easier than before. For the record, I am not a Roger Waters fan.