iPhone users of the native Twitter app were up in arms after the latest major update introduced the Quick Bar. This new feature showed trending topics but its placement obstructed the main timeline.

Jailbroken iPhone users were able to remove the feature via a hack called Twizzler, but for everyone else they spoke their minds–140 characters at a time.

The folks at Twitter have listened and a new update has been released for the Twitter iPhone app. The Quick Bar hasn’t disappeared–it has just moved to the top. It’s less intrusive compared to before. If you had Twizzler installed before, it’ll automatically apply to this new update.

What’s New In Version 3.3.1
– Fixes crashing some users have been seeing on launch and with location services
– Updated Quick Bar default behavior to not overlap tweets in timeline
– Security fixes
– Improved performance for users with many accounts

Here are a couple pictures of twitter with the Quick Bar update, and one without (Twizzler installed): 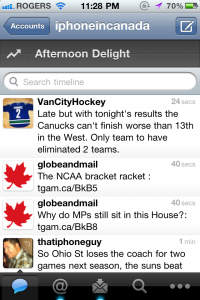 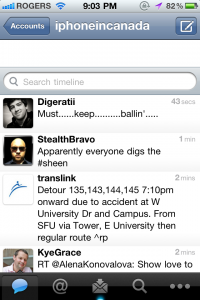 What do you think of the new Quick Bar placement?