ÃœberTwitter Now Available for the iPhone 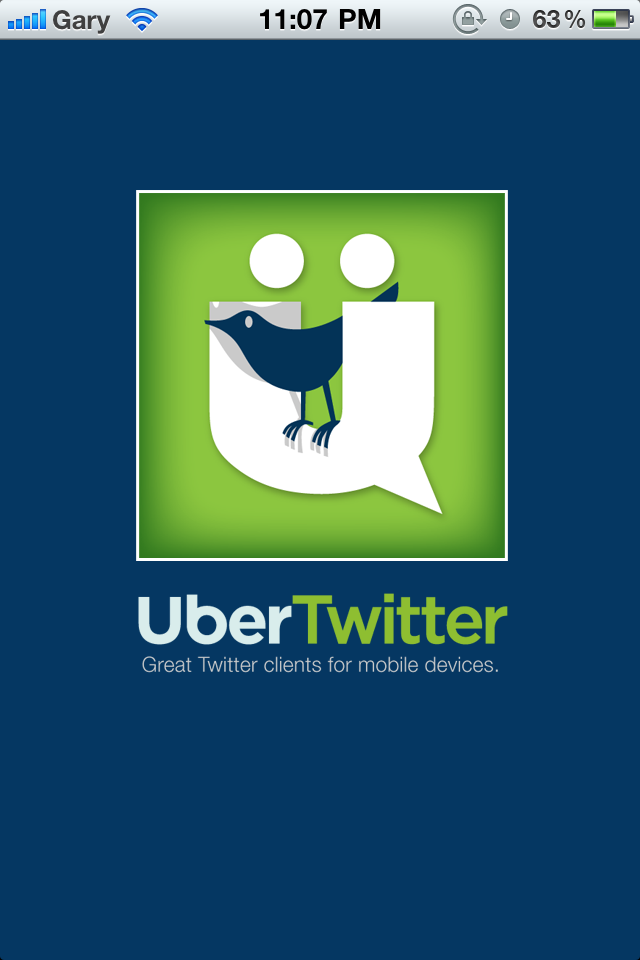 For Blackberry users, the ‘best’ twitter client out there has been ÃœberTwitter. For the iPhone, it’s SimplyTweet in my books. The developers of ÃœberTwitter have released an iPhone version of their app. Let’s go over some of the positives and negatives of this much anticipated app, which @justinluey told me about.

A full featured Twitter client application to interact with Twitter.com. Users can connect the app with their Twitter account in order to view the posts of the people they follow, see any posts mentioning them, create new posts, send Direct Messages, and search Twitter. Additionally, any links that are included in any posts that the user readers can be previewed within the app either by tapping on the post or turning the phone into landscape mode. The content of the link is then displayed in a separate pane next to the tweet.

Upon launching ÃœberTwitter, you’ll notice that it’s nothing special. The timeline looks similar to those of other iPhone twitter clients. The magic happens when you turn your iPhone into landscape mode, and two column view appears, simulating the Twitter iPad app. They called this UberView technology. 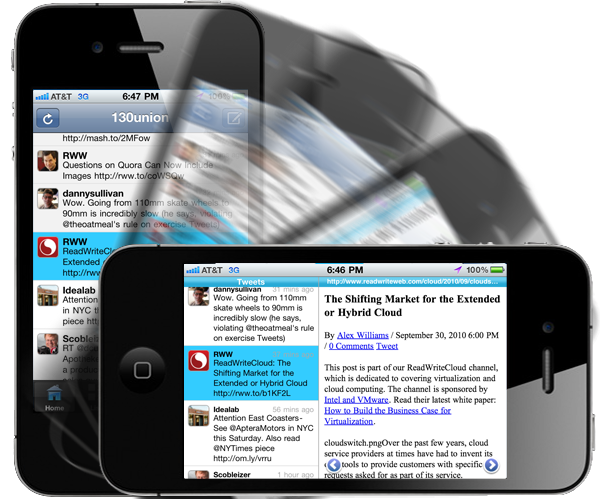 In this two column view, tapping on tweets with links or images will have them load quickly in the right-handed column. This is a cool feature and works great most of the time. It will load mobile version of websites by default, but I did notice many sites did not load properly at all. 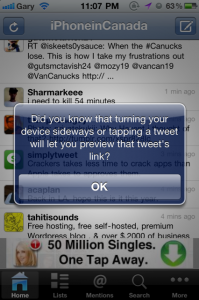 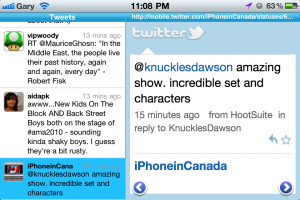 ÃœberTwitter for iPhone is a great attempt by these developers to bring their client over to iOS users. Landscape mode is awesome to have on the iPhone, but other than that there’s not much to talk about. There is a giant ad that takes away from the experience too. Either way, I still think ÃœberTwitter for iPhone looks 10x better than it does on a Blackberry.