Vonage has launched a new VoIP app called Time to Call. This essentially is a pay-per-call app to enable international calls up to 15 minutes–billed directly to your iTunes account via in-app purchases. There’s no contracts or commitments, and the app works over WiFi and 3G networks in Canada and the USA.

However, this app is clearly intended for those people who need to make a long distance call, and pay quickly and easily through in-app purchases billed to your iTunes account. 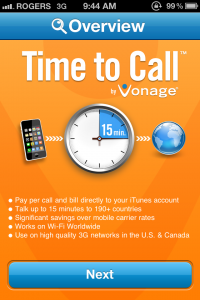 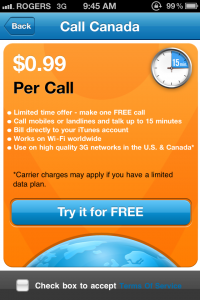 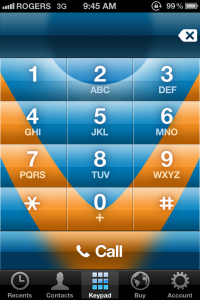 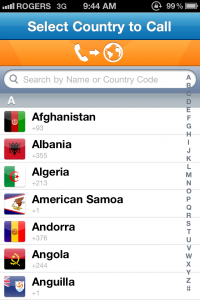 Right now, each Time to Call download includes a free 15 minute call to landlines and mobile phones in their list of 100 countries. For that alone, this app is worth a try. I tested it out, and the call quality was pretty good. The app is simple to use, and will make a great ‘pay phone’ no matter where you are for long distance calls, to save on expensive roaming.